'If it wasn't for blood donation, I wouldn't be alive today' 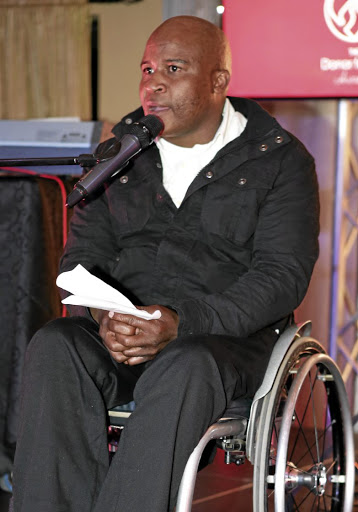 Jacob Mohapi is happy to be alive.

Mohapi, 47, from the Vaal in Gauteng, is one of 12 million people who have benefited from blood donations in South Africa in the past five years.

Mohapi spoke to Sowetan yesterday ahead of World Blood Donor Day on Thursday.

His first encounter with blood donation was in 1998 after he was involved in a car crash that resulted in him becoming a paraplegic.

But Mohapi said it wasn't until his second accident in 2015 that he realised the importance of donating blood.

"If it wasn't for that, I wouldn't be alive today. Donating blood is very important because blood is needed every single day," he said.

Mohapi said he was touched that people unknown to him took time to donate blood which ended up saving his life.

"If I could meet them, I would say thank you," he said.

Mohapi's first crash, which was inside a taxi, claimed his father's life.

With just under two days of stock left‚ Kwazulu-Natal is facing a critical shortage of blood.
News
3 years ago

The second ordeal happened when he was on his way to work. Mohapi said he was trying to avoid colliding with another vehicle when he lost control of his car.

This caused him to be ejected through the windscreen and land on the pavement of a filling station. His car rolled over and landed on top of him.

According to South African National Blood Service (SANBS) spokesman Ivor Hobbs, an estimated 12 million people in SA have been saved by this act of kindness.

The SANBS also started the Missing Type Campaign yesterday, which is part of a global initiative to get big brands to drop the letters A, B and O from their logos in order to drive awareness.

Hobbs said they are aiming at encouraging more people to donate blood as less than 1% of South Africans donate.

"We need blood on a constant basis," he said.

He said while cultural elements can prevent people from donating, myths were also a huge concern.

Why blood donation is important and the reasons behind the cost

The South African National Blood Service (SANBS) has explained why donated blood is being sold to hospitals.
News
4 years ago
Next Article