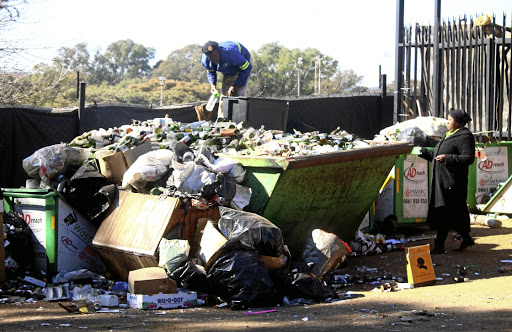 Waste-Preneurs' waste depot in Greenside faces closure after receiving an eviction notice from the City of Johannesburg.
Image: KABELO MOKOENA

The case between a multinational waste management company and a group of informal waste pickers was on Monday postponed to October 15 by the South Gauteng High Court in Johannesburg.

Global waste giant Averda has been at loggerheads with the informal waste pickers over the rights to operate at the Genesis landfill site in the Johannesburg city centre for over a month.

Sowetan previously reported that the company, which is in charge of the site, sought an urgent court interdict to stop waste pickers from retrieving recyclable materials such as plastics and paper from the property.

The company has cited alleged criminal activities and violent gunfights involving waste pickers who are operating on the site as reasons for the eviction.

The waste pickers, who are being represented by Socioeconomic Rights Institute of South Africa, have however disputed this, saying that they have worked there for over a decade. They added that the eviction will result in them losing out on their income.