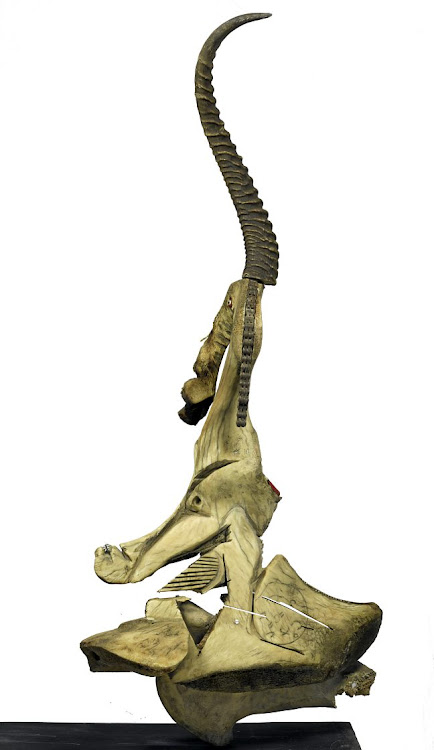 Judy Holm, Global Fine Art Awards (GFAA) founder and president, on Tuesday announced that Ntuli’s Azibuyele Emasisweni (Return to the Source) — an online exhibition of the bone sculptures hosted by the Melrose Gallery — won the “You-2 Award”, one of the two People’s Choice Awards of the seventh annual Global Fine Art Awards.

There were 116 nominees, which included exhibitions from some of the most established art galleries and museums in the world.

On hearing the news, Ntuli said he couldn't believe it.

Ntuli has spent much of his life in the service of liberating his country and now to find that his own art has contributed to putting South African and African art firmly on the world agenda is something he can’t quite take in.

He thanked all the collaborators, voters, the gallery and his children — and most especially his life partner, his wife, for all the support. He said via text message that his “overarching desire” was that his exhibition would show “we are all interconnected, interrelated and interdependent with each other and nature — a message that first peoples of the world have known since time immemorial”.

She also gave special mention to the underlying spiritual and political meaning of the works.

Each bone sculpture was accompanied by a poem and 33 collaborators including Homi Bhabha, Ngugi Wa’Thiongo and SA’s Minister of International Relations, Naledi Pandor, contributed poems, reflections and theoretical analysis.

Growing up in a family of artists and musicians, Dora Prevost sought to discover her own creative bone. Struggling to find the right art form, she ...
Entertainment
6 months ago
Next Article