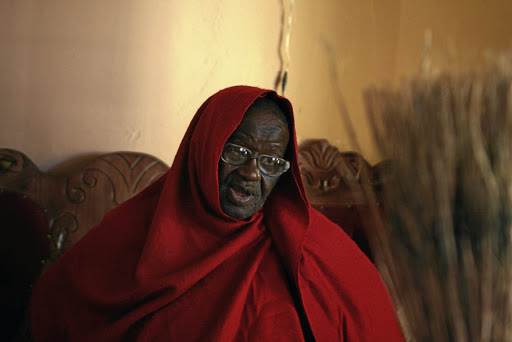 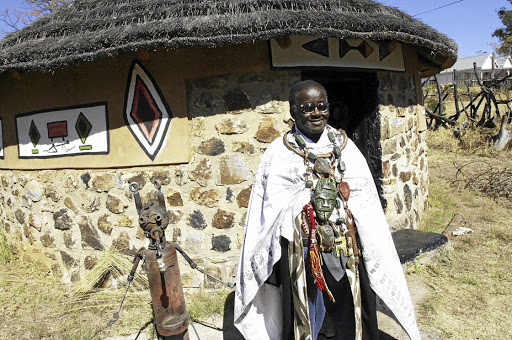 Credo Mutwa was the stone that the builder refused, the prophet who was denied honour in the land of his forebears.

But following his passing in the early hours of Wednesday morning, at the ripe old age of 98, his place in history as a remarkable South African with an extraordinary intellect and powers of the second sight was acknowledged.

He had foreseen a number of historic events including the assassinations of John Fitzgerald Kennedy, Hendrik Verwoerd and Chris Hani.

But he was modest about it all.

"I'm not special. There are men and women who came before me in this regard," he onced told a TV host when he was asked about his unusual gift for seeing into the crystal ball.

He had famously predicted the June 16 1976 student uprisings, but what's not well-known is that he was gracious enough to reveal that there were other people who predicted the watershed event - peers and pupils who all lived in Soweto at the time.

He described the latter as "two of the best sangomas in the group of healers and diviners of which I am the ritual leader".

"In the vision she saw the Virgin Mary holding a calendar in her hands, and telling her that death and conflict were coming to South Africa, and that when that happened she, Mrs Danisa, was to go out into the streets and try and save black children from getting killed. I, Credo Mutwa, was to assist her in my capacity as High Sanusi.

Renowned isanusi and author Credo Mutwa has died at the age of 98.
News
2 years ago

"It was because of this strange vision that on June 16, 1976, when the violence erupted in Soweto, Dorcas and I donned our best regalia and walked to Phefeni station where the rioting was fiercest, and tried to persuade school children to go home.

"We managed to persuade only 10 frightened youngsters to leave the place of flame and violence, and then walked back home with despairing and exhausted hearts; our mission having failed."

But what Mutwa and his initiates believed was an act of goodwill for children would backfire tragically on him.

Some residents accused him of having advised the government to order the police to shoot the marching pupils.

His house in Diepkloof, Soweto, was stoned and burnt by angry youths.

However, his family managed to escape with their lives. For a while they hid in the KwaZulu-Natal countryside.

However, the news of the government introducing the 30-year leasehold scheme for homeowners encouraged him to return to Soweto.

However, the situation remained tense, and for many nights the family was terrorised with bullet shots by unknown gunmen.

Though no one was fatally injured, the message was clear that they were no longer welcome in Soweto.

In 1978, a chance meeting with President Lucas Mangope would open a new chapter in his life.

The leader of the then recently declared independent homeland of Bophuthatswana invited him to settle in Mahikeng.

Here in the land of the Barolong people, he built another cultural museum on a pleasure resort named Lotlamoreng Dam.

The ANC has mourned the passing of African philosopher, author and traditional healer  Vusamazulu Credo Mutwa, describing his death as a loss to the ...
News
2 years ago

Credo Vusamazulu Mutwa was born on July 21 1921 in Msinga, an area in the heartland of KwaZulu-Natal notorious for sporadic faction fights among local clans.

"From early childhood I grew accustomed to the sight of death in its most horrid and violent form," he recalled.

While still an infant, he was baptised into the Roman Catholic Church at the behest of his father, a staunch Christian catechist, and was given the name Credo.

Credo is statement of faith in Latin that denotes a Christian belief in one God.

His mother, Nomabunu, was the daughter of Ziko Shezi, a royal counsellor and veteran of the Battle of Ulundi, the historic 1879 conflict with the British that ended the Anglo-Zulu wars, and paved the way for British colonial domination in the region and other parts of southern Africa.

Because Mutwa's mother, a Zulu traditionalist, refused to convert to his father's religion, the couple separated shortly after his birth.

So he was raised by Shezi and initiated as his apprentice with the enviable task of carrying the revered muthiman's medicine bags.

When he was barely seven, his father obtained custody of the boy against his mother's wishes. They settled on a white man's farm in the Potchefstroom district in the then Western Transvaal.

It was here in 1932 that he was first exposed to the brute force of white racism when his brother, Emmanuel, was whipped to death by the farm owner, his father's employer.

In 1935 Credo's father converted to the Church of Christ -Scientist.

The late icon of African spirituality and heritage, Credo Mutwa, had incredible knowledge about Africa and earned respect among international ...
News
2 years ago

It was founded in 1886 by Mary Baker Eddy, an American spiritual healer. The sect forbade medicine as a treatment for the sick. In this regard, the consultation of African healers was also prohibited.

The family eventually settled in Crown Mines, south of Johannesburg, where Mutwa senior found a job as a carpenter.

In 1943, he responded to the ancestral call to be trained as a sangoma after he was afflicted with a series of strange illnesses that Western-trained doctors did not understand.

He would prove to be a very successful sangoma and like his grandfather, he eventually achieved the status of Isanusi.

He reasoned that it was best to share the hidden wisdom of Africa with the rest of the world to forge a better understanding between different races and cultures.

Secondly, he felt that it was important to reveal the continent's glorious past as the cradle of human civilisation.

He has accomplished these goals in a masterful way following the publication of his first and most celebrated work, Indaba, My Children in 1964.

Described by the Sunday Times as 'a work of genius', it's an epic classic that incorporates history, legend, storytelling, poetry, art, folklore, and philosophy.

Since childhood Mutwa has demonstrated unusual talent for painting and sculpting.

His jobs included working at a pottery firm, and in 1954 he was employed at a curio shop in Johannesburg.

In Kenya, he was fascinated by the blacksmithing craftsmanship of the Gikuyu.

He said this inspired the building of his first cultural village in Soweto which today is one of the township's famous landmarks.

This is where his genius as a painter and sculptor was first exposed to the public.

A 1979 painting of an aeroplane plunging into New York's Twin Towers is prophecy on canvas, testimony to the fact that he was indeed an exceptionally versatile creative spirit, a rare cultural treasure and a prophet who now belong to the ages.