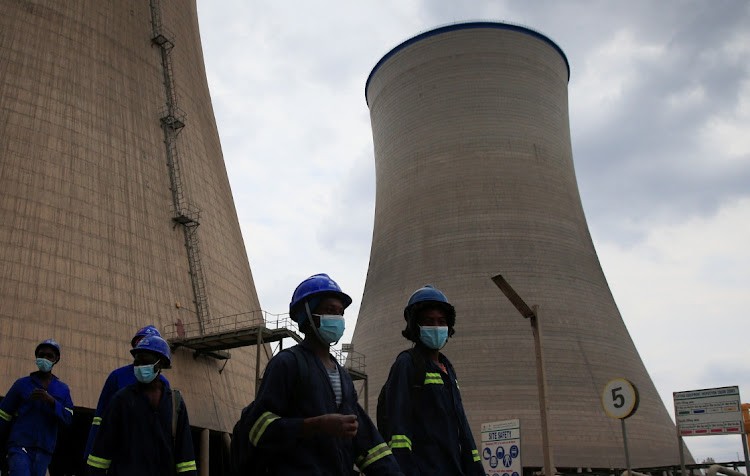 A Zimbabwean company that had been banking on Chinese financing to build a major coal-fired power plant says it is now looking for alternative backers as China pulls back on funding such projects overseas.

The effort by RioZim Ltd, one of Zimbabwe's biggest mining and energy companies, reflects how China's recent U-turn on foreign coal financing is forcing developing nations across Africa and Asia to rethink their energy plans. China, which had been a top funder of coal power projects around the globe, announced in September it would not build new coal projects abroad as part of efforts to curb future carbon emissions.

Energy and climate specialists are watching to see the impact, including whether it will force a speedier shift to cleaner energy, result in other funders stepping in or lead to power shortages. Zimbabwe, which already suffers from a lack of electricity, has among the biggest coal reserves in Africa.

“The energy policy juncture Zimbabwe now finds itself at is emblematic of what many developing countries around the world are facing,” said Leo Roberts, UK-based research manager who focuses on coal transition at climate think-tank E3G.

RioZim's energy division, Rio Energy, had been hoping for funding for the planned plant and associated coal mine from Chinese banks Industrial and Commercial Bank of China (ICBC) and China Minsheng Banking Corporation Ltd.

Now, Rio Energy is considering alternative financing plans. “We are still in the market to fund the project and we will work with all possible funders, including the Chinese,” parent RioZim told Reuters.

The company said another option under consideration is to transform the project to a gas-powered plant, but that idea is “subject to the outcome of feasibility studies” and no time frame for those has been set.

Zimbabwe’s largest bread and confectionery manufacturer, Lobels Biscuits, has been robbed of more than R16m in Bulawayo.
News
4 months ago

RioZim told Reuters that ICBC and Minsheng Bank “came in to play a supporting role” but that it can't comment on the current status of their involvement because it doesn't have a direct relationship with the companies. Chinese bank financing for coal power plants overseas has often been arranged to support Chinese construction companies, which then enter into building contracts with the company planning the power plant.

ICBC told representatives of environmental non-governmental organisations in a June 2021 meeting that the bank would no longer finance the Sengwa project, according to two people who attended the meeting.

ICBC did not respond to requests for comment, including about the meeting or whether it plans to fund the Sengwa project. Minsheng Bank also didn't respond to Reuters questions about funding plans.

Plans for another large coal power project in Zimbabwe, known as Lusulu, are also up in the air, according to PER Lusulu Power, the Harare-based energy company behind the plant which had been planning on Chinese backing.

A Zimbabwe government spokesperson declined to comment on the status of either project. He said Zimbabwe has the right to exploit its coal resources if needed and would not “sacrifice growth prospects on the altar of arguments to do with the environment.”

China's foreign ministry didn't respond to questions about the status of the funding of the Sengwa and Lusulu projects. But it said Beijing will support developing countries in shifting to greener energy.

The foreign ministry added that China, which has close economic and diplomatic ties with Harare, “will increase its support to Zimbabwe's development of renewable energy power projects, and help Zimbabwe's sustainable development.”

HANGING IN THE BALANCE

Despite the lack of clarity about what Xi's announcement means for planned projects, no new coal plants have since publicly announced Chinese support, “suggesting the international financing tap for new coal projects from China has indeed been turned off,” said Shearer.

Globally, some $63 billion of Chinese state financing across 57 projects could be at risk from China's withdrawal from coal financing overseas, according to Global Energy Monitor. The pullback could cut Africa's pipeline of coal power projects by two thirds to 3.6 gigawatts (GW), estimates think-tank E3G.

Maimane’s Zim prediction: Zanu-PF will lose power, Zimbabweans in SA will return to rebuild their country

Maimane is an outspoken supporter of Nelson Chamisa, leader of the opposition party, Citizens Coalition for Change. which contested elections for the ...
News
4 months ago

In Zimbabwe, less than half the population has access to electricity. The country has been betting on coal-fired power to address chronic electricity shortages and create jobs.

RioZim has talked about building the Sengwa plant for more than a decade. Plans include adding 2.8 gigawatts (GW) to the grid and restarting the adjacent coal mine, which has been closed since 2014. Currently, Zimbabwe has the capacity to generate around 2.3GW, which comes mostly from a large hydroelectric power plant but also four coal-fired power stations.

The planned Sengwa plant, near the town of Gokwe, would create 1,100 permanent jobs and nearly four times as many temporary construction jobs, according to Rio Energy. Sedeya Jetro, head of a local primary school, said the jobs would enable parents to pay school fees and “mean a lot to this community.”

Rio Energy told Reuters that ICBC had in 2019 provided an expression of interest — or non-binding commitment — to a Chinese construction company to fund the first phase of the Sengwa project. Neither the construction company, PowerChina International Engineering Co., nor its parent, Power Construction Corporation of China, responded to requests for comment.

Minsheng Bank also provided a non-binding commitment to RioZim to fund a second phase of the Sengwa project, according to Rio Energy and an August 2020 letter of interest from Minsheng Bank that Reuters reviewed. The pledge expired in February 2021, according to the letter.

Rio Energy was hoping for $3.4 billion of funding for the second phase of the power plant, according to a draft contract with a unit of engineering and construction company China Gezhouba Group Corporation (CGGC). The contract, which was reviewed by Reuters, was dated November 2020 and drafted by both companies.

In response to questions about the planned Sengwa plant, CGGC's parent company China Energy Engineering Corporation told Reuters that a subsidiary signed a construction co-operation agreement in 2020. “There is no progress on this project currently,” it said, citing a lack of financing commitments.

PER Lusulu Power plans to build the 2.1GW Lusulu plant in Zimbabwe's western province of Matabeleland North. It announced in 2015 that Chinese financial institutions had agreed to fund its construction, subject to conditions. PER Lusulu Power's website says the company entered into a construction contract with China State Construction Engineering Corporation, which would secure debt finance from Bank of China.

PER Lusulu Power had also sought financing of up to $2 billion for the project from ICBC, according to extracts of a term sheet dated August 2020 viewed by Reuters. The term sheet is a non-binding agreement setting out the terms and conditions for an investment. It was unsigned, and was prepared by ICBC, according to a person familiar with the document.

As Zimbabwe heads for by-elections on Saturday the process has been marred by allegations of vote-buying, intimidation and irregularities.
News
4 months ago

Bank of China said in a statement that it doesn't have any electricity projects in Zimbabwe and has no plans to develop any. ICBC and China State Construction Engineering did not respond to questions about the Lusulu project.

One Chinese-funded project that is progressing is in the northwestern town of Hwange, where construction was already well under way when China announced its coal-funding freeze. The project involves the expansion of an existing coal-power plant and has been financed by a loan of roughly $1 billion from Export-Import Bank of China, the Zimbabwe government has said. Zimbabwe Power Company, which manages the plant, said in a November statement that the expansion “continues to progress well” and was more than two thirds complete. China's EximBank didn't respond to a request for comment.

The project is expected to increase employment by nearly doubling the current 2,853-strong workforce, while also sustaining the town's coal-mining industry, which employs thousands more people. The Zimbabwean government spokesperson said the country will be much better placed to meet electricity demand once the expansion — which is due to add 600 megawatts — is complete.

Renewable power advocates in Africa and elsewhere say China's pullback from coal power provides an opportunity to clean up. Zimbabwe is expanding its plans for generating renewable energy, such as solar power, but such projects can require fewer permanent employees than coal, making them less attractive for governments keen to generate employment.

Sydney Gata, executive chairman of the Zimbabwe Electricity Supply Authority, said that an instant switch to solar and wind isn't feasible given the scale of the country's power needs.

“Renewables are not an immediate plan B for Zimbabwe,” he said.