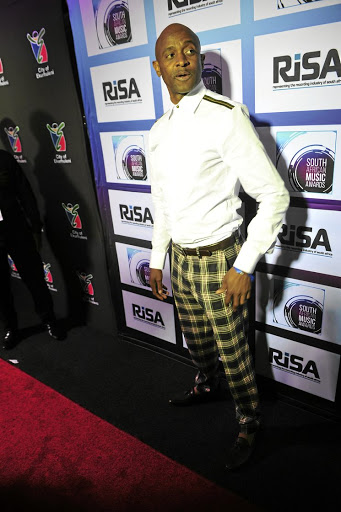 Mafokate's company, Roadshow Marketing, signed an agreement with Nampak subsidiary Bevcan three years ago to organise activations called Can Do! Turn Up Tours for the multinational.

But earlier this year, the multimillion rand contract was taken away from Mafokate and awarded to TV producer Mandla "Mandla N" Ngcongwane's company, Black Brain Pictures. In a letter sent to Nampak by his lawyers, Werksmans Attorneys, in September, Mafokate cried foul and claimed that he had lost R1.5m in profit and had also incurred certain expenses as a result of Nampak's conduct.

"The Roadshow was due to start with the Turn Up Tours in May 2016 and it could not do so because Nampak advised it of its financial constraints at that time," reads the letter."

Flowing from the agreement between the parties, Roadshow had organised for storage of the equipment used in co-ordination of the Turn Up Tours and had appointed a graphic designer to assist with the designs of the stage.

Mafokate also said the agreement stood as it was supposed to have been terminated only after all activations had been successful.

"Nampak's conduct has precluded Roadshow from doing so and resulted in Roadshow losing out on making a R1,5m profit. In our law, contractual obligations need to be fulfilled, Nampak cannot simply ignore its obligations in terms of the contract to the prejudice of Roadshow," reads the letter.

Self-proclaimed king of kwaito and music boss Arthur Mafokate broke down and cried.
Entertainment
2 years ago

.He demanded that Nampak provide him with criteria which he didn't comply with in the event. In a letter of reply on Thursday, Nampak legal advisor Omeshnee Pillay, said they would pay all the expenses Mafokate had incurred, provided he sent them invoices and returned the company's marketing material.

Pillay also refuted Mafokate's claims that he suffered a R1,5m profit loss after being precluded from concluding the Turn Up Tours.

Artists' royalties 'not paid in years'.
News
2 years ago
Next Article