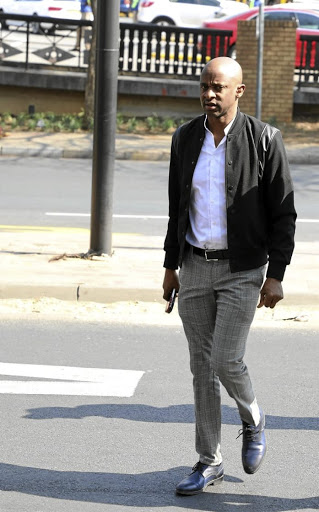 Self-proclaimed king of kwaito and music boss Arthur Mafokate broke down and cried during his trial in the Midrand magistrate's court on Thursday.

Mafokate is standing accused of assaulting his former girlfriend and musician Busisiwe "Cici" Thwala at his Midrand home last year.

Cutting a lonely figure as he sat in the dock during Cici's cross-examination, the 999 Music boss could not hold back his tears when Cici spoke about how she suffered in his hands and on why she laid the charges against him.

"And for me this whole process is really unnecessary, all I ever wanted was for him to say 'I am sorry' and show remorse for hurting someone," she said, and broke down.

"That's all I ever wanted but now we get to proceed with the court [processes]. This is not fair."

Cici's friends and family, including her mother, also shed tears in court.

Cici added that she considered pursuing a civil claim because she has the right to "retribution".

"Mr Mafokate is a public figure... he thinks he can get away with what he did... someone has to come in and do something," she charged.

Dressed in a black suit and a white shirt, the Runaway hitmaker said during her cross-examination that she had been abused several times by Mafokate before the incident that landed them in court.

"I have been physically, emotionally, sexually and financially abused before," she told the court.

Cici went on to mention that she did not report any of these cases because she was too scared, and as a public figure she feared that her cases would be publicised.

"As you can see with this one how it is going. It has been publicised," she said.

Cici made the shocking revelations as Mafokate's advocate Leana Fick was questioning her about statements she made to the police shortly after the incident.

The matter was set to continue today with two state witnesses, including a doctor and a neighbour, set to be called.

Thwala made the shocking revelations at the Midrand magistrate's court were Mafokate is on trial for assault.
Entertainment
2 years ago