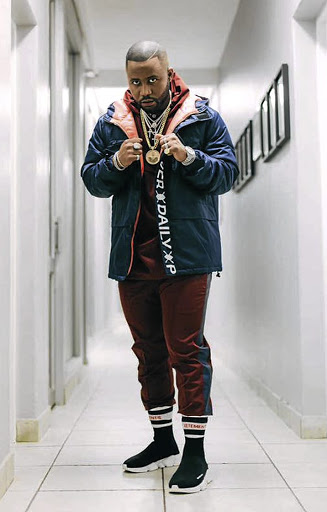 The SA Broadcasting Corporation's legal woes are piling up as creditors are lining up to cash out what's owed to them.

Joining the long queue to the vault are international and local musicians through a collecting society - the South African Music Performance Rights Association (Sampra) - which has filed a R64m lawsuit against the public broadcaster over non-payment of royalties owed to musicians.

The organisation filed papers in the South Gauteng High Court on Tuesday demanding that the SABC pays the millions owed or face the wrath of the sheriff.

Sampra spokesperson Tiyani Maluleke told Sunday World on Friday that the SABC allegedly stole from musicians, saying that the public broadcaster has been using music belonging to their members for over 10 years without paying.

"We served them with summons on Wednesday for failing to pay for the licence fees due to us, for our artists," said Maluleke.

She said their decision to go the legal route came after the two parties could not find each other after numerous meetings.

Cassper's team revealed last week that he would be taking legal action against Benny Mayengani.
Entertainment
3 years ago

"They use over 90% of music belonging to our members but they have never paid any cent towards the licence fees to us for our members for over 10 years while other broadcasters have been paying," she said.

Maluleke equated the SABC's conduct to stealing from the artists, stating that they continue to play their members' music without paying.

This comes after Sampra attempted to collect royalties in 2013 from the SABC but failed due a dispute over the formula used to arrive at a final amount owed.

The matter was later resolved in the Supreme Court of Appeal where a set formula was agreed to by all parties, including that any collecting society was entitled to 3% of a radio station's net revenue.

SABC spokesperson Neo Momodu said: "The SABC can confirm that it has been served with combined summons by Sampra. We are unable to comment any further on this matter."

According to court documents seen by Sunday World, Sampra said the public broadcaster failed to pay for royalties generated in the period from April 1 2014 to March 31 2015 amounting to almost R26m owed to all collecting societies despite the Supreme Court of Appeal resolution.

The collecting society represents local and international artists and among them, according to their website, is US rappers Common,Notorious BIG and locally they have hip hop stars Cassper Nyovest, Kwesta, AKA and DJ's Euphonick, Cleo and Arthur Mafokate.

#FillUp is mine - Cassper Nyovest

Nyovest claims he has monopoly of campaign.
Entertainment
3 years ago
Next Article