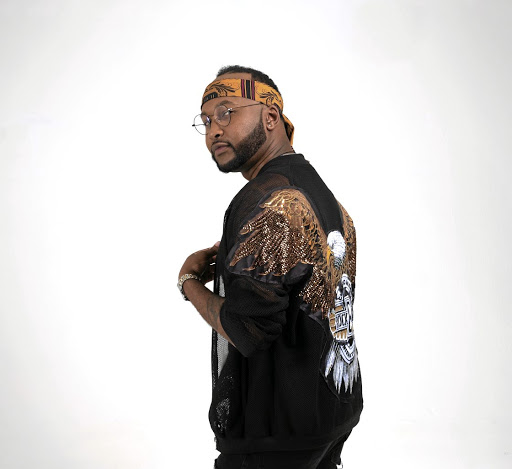 Come December, As'phelelanga by Vusi Nova will be an anthem to sooth the soul of anyone feeling incomplete.

Vusi Nova's new hit, which is a likely contender for the festive number one, trended on social media this week with fans posting hilarious memes of their losses inspired by the song.

As'phelelangawas officially released on August 17 and has been having a ripple effect on radio and social media. But on Wednesday the song took on an ever deeper meaning for the artist.

As news of Jabulani "HHP" Tsambo's untimely death was announced, Nova said he was dedicating the song to him and is performing it in his honour this weekend.

"I will be doing a remix of the song with hip-hop and maskandi artists. He's one of many artists we have lost this year - a fallen hero who suffered from depression," says Nova.

He never anticipated that the song, which is the last of his latest 12-track album, Manyan-nyan, would have such an impact on the people of Mzansi.

"The song was an
afterthought, the last on the album. I expected the first three to do this well."

In the space of a week it rocketed to number one on iTunes, YouTube and was number five on the top 100 songs on Radio Monitor.

Nova is no stranger to churning out hit songs. His claim to fame was the brilliant rendition of the Etta James track, I'd Rather Go Blind.

His love for singing developed as a child, listening to his gogo sing while sitting on her lap.

The 33-year-old from Brighton, Port Elizabeth, explained that his grandma raised him while his mom was busy trying to finish high school.

"My grandmother was a great singer and participated in the church choir. I would sit on her lap when she sang and I kept wondering how she did it.

"As I grew up, I realised I could also sing."

When he was 14, his mother was financially stable and asked that they move to Joburg.

"This is where I realised that school did not interest me so I only completed my grade 10. I then convinced my mother that going to college was better for me, but I never completed. I wasn't used to completing things."

Sadly, his mother died in 2005, after years of being ill.

"My aunt stepped into the role of a mother and forced me to go back to school. She told me that she did not care what I was studying but I better go back to school and finish. I went to Damelin for a diploma in contemporary music, which would qualify me to be a music teacher. I finished but would never choose that as a career."

After graduating in 2012, he signed up with Kalawa Jazmee Records, which helped him launch his album, Did It For Love. The Etta James cover was dedicated to the memory of his late mother.

"She loved the song and until today, I consider the song my favourite."

His last big hit, Naninina, came after he lost his lover of six years in 2016.

Nova is ready to settle down and become a father.

"My wish is to find someone and have at least one child. I [too] was an only child and I only know how to parent one kid," he said laughing out loud.