Dance group are pantsulas for life 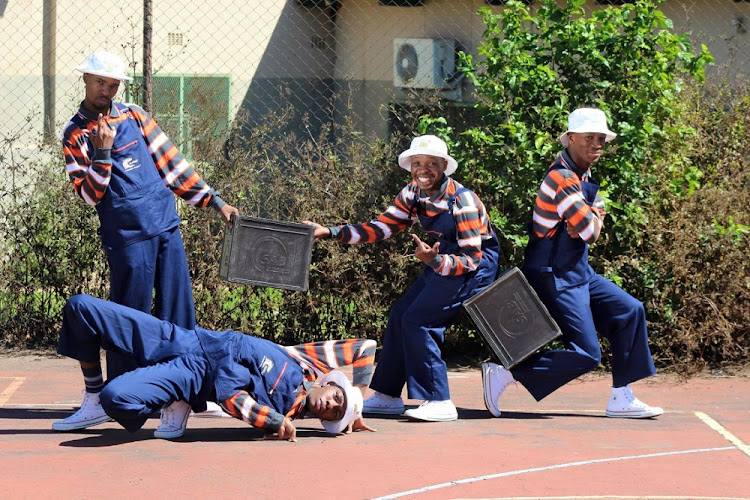 Pantsula fashion is more than just having street cred - it's officially become a part of ekasie heritage.

Dance group Future Pantsulas from Mohlakeng, Randfontein, on the west rand, are still attached to the old brands which they say were worn by their fathers and grandfathers in the olden days.

Ntoe, who spoke on behalf of the group, said although fashion keeps on changing, they find it challenging to detach themselves from the pantsula attire because it's part of their "black culture".

Big Zulu teams up with Brentwood to make taxi-look hip and happening.
Lifestyle
3 years ago

"We have noticed that some people belittle us because we wear clothes beyond our age, life changes and attire may change .. but we won't," he said.

Ntoe said their style comes from the old mineworkers who wore Brentwood, Ellesse, Florsheim shoes and Headmaster beanies when they came back from work.

"People often refer to us as tsotsis and that sometimes discourages us.

But we formed a dance group to try and send messages that we are not what they think of us, we are not violent beings, we are just proud boys who are proud to carry on with this tradition of pantsula fashion."

Ntoe said as Future Pantsulas, they decided to add a taste of Italian and Scottish flair to their clothing collection by adding check prints to their golf T-shirt pockets and trousers.

"We can't see this heritage die out. There are certain values, beliefs and ethics amongst us that we should follow. We believe that with our clothing we can be easily recognised," he said.