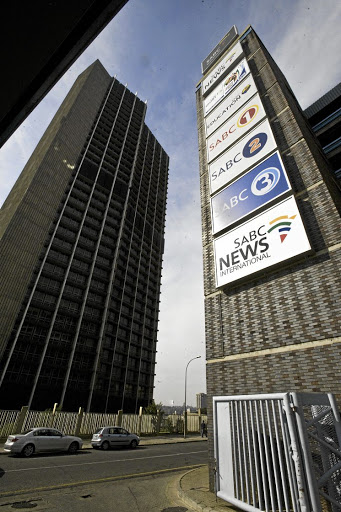 A personal assistant at the SABC owes the cash-strapped public broadcaster R400 000 after her salary was irregularly increased without justification.

In a 25-month period, the PA earned more than twice what she was entitled to, in the process scoring a salary increase of more than 65%.

This was one of about 53 cases the SABC was attempting to recover about R60m from as the new management tried to turn around the ailing public broadcaster.

The SABC, which is engaged in the process of retrenching more than 2000 employees, who include 981 permanent employees and 1200 freelancers, was already technically insolvent as it was unable to meet its monthly financial obligations.

The new SABC leadership led by CEO Madoda Mxakwe explained yesterday that the public broadcaster was forced to retrench as it could not afford its R3bn-plus annual salary bill.

They said total revenue recorded for the 2017/2018 financial year amounted to R6.6bn, against a budgeted revenue of R7.3bn, resulting in an under-performance of R709m. Employee costs amounted to R3.1bn.

We are technically insolvent‚ says SABC

SABC CEO has come out to say that the company is technically insolvent.
News
3 years ago

Among the beneficiaries was the PA who received the increase from her manager on being transferred to another department more than two years ago.

"The PA and her boss moved to a new department and in the process increased their salary atrociously. Basically, she was still a PA," Thekiso said.

Thekiso said some of the 53 employees in question would get between 35% to 45% "out of circle" salary increases irregularly approved and motivated for by their line managers.

SABC may retrench close to 1‚000 staff

The South African Broadcasting Corporation (SABC) is to proceed with a Section 189 process and says it may retrench close to 1‚000 employees as part ...
News
3 years ago

In other instances, he said, employees were hired without undergoing the public broadcaster's recruitment process.

Mxakwe said the SABC was forced to engage financial institutions to increase its borrowing limits as it was unable to make ends meet and was forced to retrench employees.

He said the current cost of their unfunded mandate amounted to R4.2bn and was projected to increase to R6.7bn, and this forced the SABC to seriously bring down its cost drivers, the main one being employee remuneration.