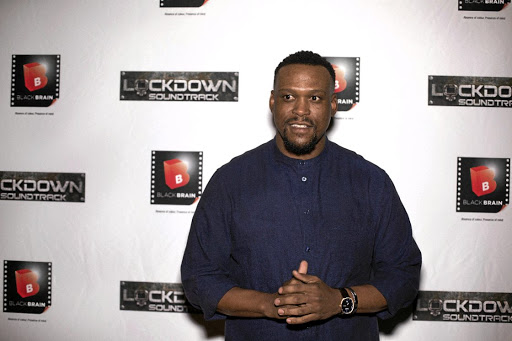 The man behind Lockdown says the series was successful simply because he told the story.

"Being a black man growing up in Soweto, no one can tell our uniquely black stories better than we can," Mandla N says passionately.

The 38-year-old says after years of being fascinated with international series, he felt the need to turn the wheel and produce strictly local with an international appeal.

He was especially fond of Martin Lawrence because he considered himself a comedian. Little did he know his success years later would see him collaborate with one of the Martin comedy show stars, Tichina Arnold, who played Pam.

She featured in the last season of the female prison drama.

His follow up series, Side Dish, a four-part drama series which started on SABC 1 0n August 19, was equally engaging.

It told the story of four married women who head out of town for a girl's weekend away a, "man free" weekend, until one of the women's side dish arrives. The weekend turns into a drunken, sensual mess which ends in tragedy.

Gqom music has US ambassador in DJ AQ

Bah's mom is from Durban
Lifestyle
3 years ago

Being an actor himself, he resonates with telling authentic stories that have mass appeal, especially those that African people can relate to.

Before being a big time producer, he was known for his role as Themba Khumalo in the SABC 1 sitcom, City Ses'la and its spin off series, Ses'Top La a series produced by the company he started, Black Brain pictures back in 2001.

The Pimville homeboy, who matriculated from De La Salle College in Victory Park in 1999, says the idea for the production company came as a result of his relationship with a fellow AFDA graduate and friend, Tumi Masemola.

He was a busy somebody with an added talent for music. This led to him co-founding hitmaking band , Gang of Instrumentals, with Masemola.

Mandla and Masemola, who later got married, were partnered in the band by Riot and the trio produced popular music infused with influences from hip hop, street rap, pop, soul, R&B, kwaito, reggae and rock. Their monster hit Woza December would be Black Brains saving grace in terms of finances.

"My journey was bit rough, I got into so much debt because nobody understood African stories back then," he said. But he says it was his calling to make the business a success as he needed black people to be proud of who they are through his stories.

"There are a lot of stories from our own communities to be told and the reaction to my productions made me realise that citizens have always been ready for SA content. Being from a township, I woke up daily seeing stories being played out around me that had to be told through a bigger medium. There are still more stories to be told, I want to continue entertaining people," he said.

He has also produced Ga Re Dumele, Abomzala and many more.

His hope is to tell more stories by young black film makers employed by his company.

"The stories determine the success of the production and the numbers. I have the highest watched sitcoms and dramas because I understand them from the people's point of view and what the client wants. It's also a game of economics.

Films by white directors still get the funding and corporates don't come forth when it comes to young talented black film makers. That needs to change."