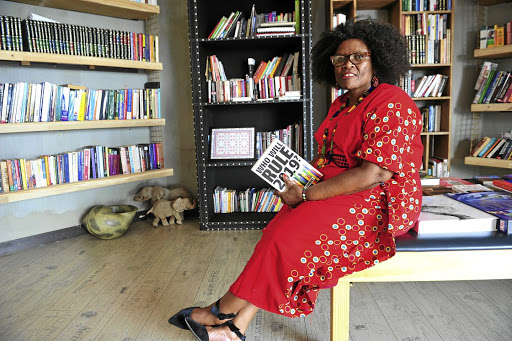 Depression has left many families without their loved ones, but businesswoman and clinical psychologist Dr Senathi Fisha says her Fishawellness Hospital aims to reduce depression and save lives.

Fisha, 64, from Hartbeespoort, north of Joburg, said she always wanted to be a medical doctor but never anticipated owning a hospital.

She said SA is facing a major depression challenge, the severity of which was only realised after the suicides of Professor Bongani Mayosi from the University of Cape Town, Rhodes University student Khensani Maseko and most recently, Shoki Mokgapa.

Having missed the opportunity to study medicine, Fisha went into nursing. "I always wanted to become a doctor. Unfortunately, due to lack of career guidance, I took subjects unrelated to science.

"I then found an alternative which was studying nursing... and I [later] extended to psychology," she said.

Fisha began her nursing studies in 1975, graduating from Groothoek Hospital in 1981 and getting a job there.

A sick nation in denial is of greater danger to itself

This means that a whooping 20-million of our people have mental ailments.
Opinion
3 years ago

Four years later, she started her degree in nursing while working part-time at a Sandton clinic after being rejected for medicine at the Medical University of SA.

Fisha also worked at several public clinics, where she realised that people were not familiar with depression as an illness. It was then that she realised depression awareness was needed as the illness was taboo in black communities.

Fisha also realised that some patients needed in-treatment as they were severely ill, or their situations at home was causing them to relapse.

12 signs of depression and when you should seek help

It's important to understand that feeling depressed doesn't mean you have depression.
News
3 years ago

Fisha recalled how the idea to establish her own clinic started when she jokingly told her son's friend that she wanted to own a hospital. In 2011, the friend gave her the 19-bed Ozoflex Rehabilitation Centre in Pretoria West, which she renovated into the current 41-bed Fishawellness Hospital.

She is currently building another 100-bed Fishawellness Hospital in Hartbeespoort and is in the process of buying a hospital in Johannesburg and another in Moloto, Limpopo, which will be a general specialised hospital. "If things can go our way, we are making history next year, we are opening four hospitals in one year and I'll be having 340 beds."

"I am no longer a doctor now, I'm beyond that, I am an acute businesswoman now and I won't stop," she said.

The cause of her death has been revealed.
Entertainment
3 years ago
Next Article