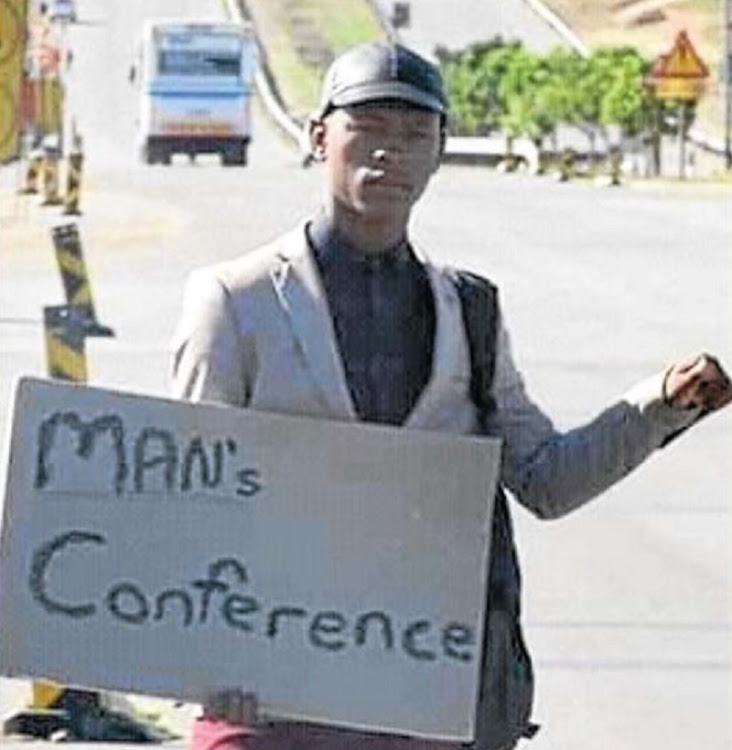 The writer blames Eskom for all his woes, including missing the “m en’s conference”

Thanks to load-shedding, I could not attend the men's conference this week. In case you just returned from Jupiter, the conference was pencilled in from 13 to 15 February to conveniently bypass expensive candle-dinner dates and gifts.

However, I still ate my Valentine's Day supper by candlelight, thanks to Eishkom.

The bankrupt electricity utility has again driven South Africans up the wall through rolling blackouts that are guaranteed to tank our fledgling economy. It got so bad that even President Cyril Ramaphosa claimed to be "shocked" that Eishkom could not produce enough electricity for the country. Just a week before this abomination, the president presented his State of the Nation Address wherein he painted a picture of a country moving in the right direction to improve people's lives.

The president even laid out a plan to split Eishkom into three business units to improve efficiency. However, without electricity, even Ramaphosa knows that the economy is stuffed.

The power cuts hit home on Monday when my bank could not process my booking to the men's conference. South Africans, even those Sowetans who do not pay to use electricity, were outraged by the latest round of load-shedding.

Eishkom typically scrambled for excuses to explain their inefficiency by claiming it unexpectedly lost seven units and therefore could not generate enough power to meet the country's needs.

This was a far cry from their claim in December that they did not have enough coal despite the supplying mines saying they were sitting with excess stock. This was not the first time Eishkom failed to take the country into its confidence. Who can forget a crackpot claim by former minister Alec Erwin in 2006 that a loose bolt damaged the Koeberg nuclear power station to explain the rolling blackouts?

In the wake of the latest blackouts, conspiracy theories have emerged that this was only a plan to feed the cash-hungry Eskom more billions of rand. The ANC's Zizi Kodwa even claimed the blackouts were a plan to sabotage his party ahead of the elections.

Indeed South Africans will be thinking about the inconvenience of candles and paraffin when they enter the polling booths in May.

A government that cannot keep the lights on should close shop. Minister Pravin Gordhan confirmed our worst fears when he said the new Kusile and Medupi power stations were "badly designed and badly constructed". The two plants were supposed to add almost 9600MW to the grid in 2015 but they are behind schedule and their projected costs have doubled to R2292.5bn.

Far from this just being an embarrassment to the government, most people who follow the news will remember that the ANC is a beneficiary of Medupi and Kusile because its investment vehicle, Chancellor House, owned shares in Hitachi, the builder of the two power stations.

So, once again, as we are forced to drink warm beer because the fridge is out of commission, we should not forget who engineered our misery.