Cheap politics should not get in way of giving girls dignity 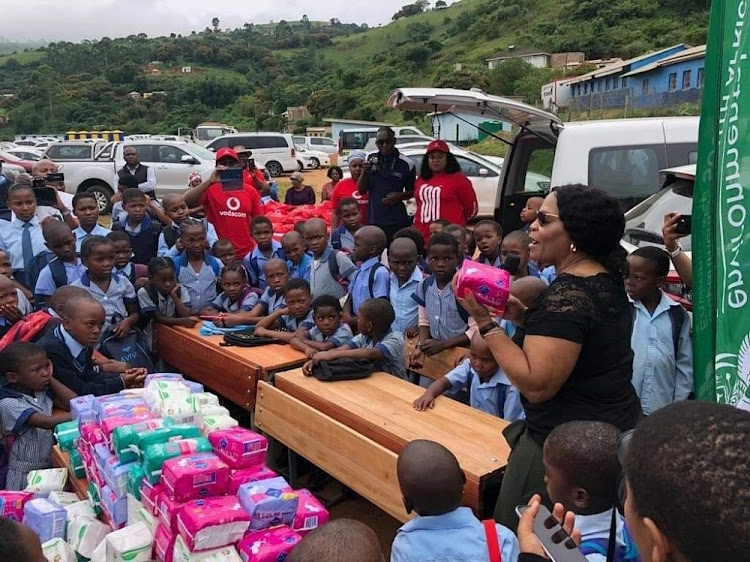 Minister Nomvula Mokonyane’s distribution of sanitary pads was a noble gesture, says the writer, noting that many girls from poor families miss school because their parents cannot afford to buy pads.

I was satisfied with the grocery shopping list I’d drawn with my daughter, Azania. I was mindful of the perils of taking her to the mall, given her sweet tooth and impulsive buying. However, I am impressed with her housekeeping acumen, especially since I lack an eye for a bargain.

A shopping list is a useful guide in the current harsh economic climate. While I have watertight defences to resist trinkets, Azania is one to crumble at the sight of minty chocolate cookies without checking their price.

As I pushed the trolley and picked the items on our list, Azania would occasionally fall behind. I knew this meant yet another item I hadn’t budgeted for.

The puppy expression on her face never failed to break down my resistance and more often than not, I’d give it the green light even as I did a quick mental calculation of the cost at the till.

Threatening to deduct the purchase from her allowance had proven futile and she knew it. After all, I am Daddy at the mall but at home I’m just Mavusana.

We’d picked out toiletries and I wheeled the trolley onto the next aisle when she pulled a disappearing act. I spotted her around the corner with her arms behind her back and immediately insisted on seeing if she had another packet of jelly tots. She lamely showed me a packet of sanitary towels as I sheepishly signalled her to drop it in the trolley.

My little girl had grown and I hadn’t even noticed.

In loxion kulcha car is mightier than house

Makhulu mlungu in the dark about kasinomics of flashing the cash.
Lifestyle
2 years ago

I first encountered menstruation in my boyfriend days when it stood between my plans for umjolo with a happy ending.

When you are told it’s that time of the month, a cold shower is your only friend that evening. However, I am aware of the perils that forces many impoverished girls to miss school because their parents cannot afford to buy them sanitary pads.

As many have pointed out, it does not make sense to make condoms freely available and put tampons up for sale.

After all, having sex is voluntary while menstruation is not a choice.

Perhaps this is what motivated environmental affairs minister Nomvula Mokonyane to take sanitary towels to a school last week.

However, a picture that circulated on social media showed the sanitary pads stacked on the desks while she addressed a crowd that seemed too young to ovulate.

Mokonyane’s noble gesture elicited outraged comments but she fought back and explained that the sanitary towels were meant for older pupils at the combined school. However, the damage had been done already as the social media hyenas had a field day.

For his information, sanitary towels are about dignity and have nothing to do with making whoopee.

The Black Like Me mayor made a fortune greasing the hair of black women but clearly has a lot to learn about the rest of the female anatomy.

From my awkward shopping trip, an emboldened Azania is no longer shy to tell her Daddy to bring her sanitary towels when she runs out before shopping day. I don't even have to ask her what is her preferred brand these days.