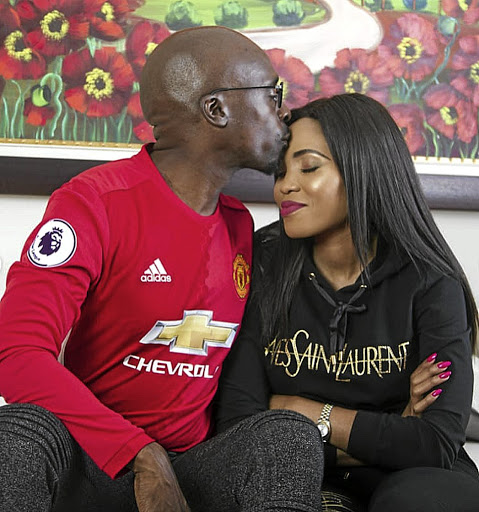 Malusi Gigaba kisses wife Norma on the forehead but judging by the minister's one-line dialogue in his 13-second sex tape, his effort will not win him awards, says the writer.
Image: INSTAGRAM

One of the reasons my sex tape has not been leaked is because I don't have a sex tape. Although I am prolific on camera, I have chosen to stay behind rather than in front of the lens.

However, I am not against sex tapes. In fact, I believe sex tapes should be a genre or at least a sub-genre under the pornography category. The advent of the smartphone camera has greatly enhanced the art of the sex tape.

Most people claim to create sex tapes and nudes to titillate their partners and for their own private consumption. Hence the false indignation and fake horror when the tape or pictures go public.

The sex tape can make or break careers and relationships. The famous Kim Kardashian, that untalented bimbo with a big butt and a reality TV show, became famous when her sex tape was strategically leaked.

Closer to home, the leaking of Pulane Lenkoe's nude images by a disgruntled ex-boyfriend did wonders for her, as her number of Twitter followers trebled in a day with A-listers like Cassper Nyovest keen to know about her every move.

When Pastor Zondo was caught on camera talking on the phone, all eyes were on the third leg between his thighs. After the video was leaked, his church was filled to the rafters the following Sunday as the congregation were eager to confirm his earthly gifts.

The law frowns on the distribution of the sex tape, especially by those with malicious intention such as extorting money from those starring in it. However, it is mute on the production, as long as the subjects are adults and consent has been granted.

I believe we are sitting on a potential gold mine with everyone from politicians to pastors, celebrities and the unemployed getting a piece of the action.

However, the 13-second solo act by home affairs minister Gigabyte wouldn't make it to the shortlist of the awards ceremony on account of shocking dialogue. Imagine this in your mouth!