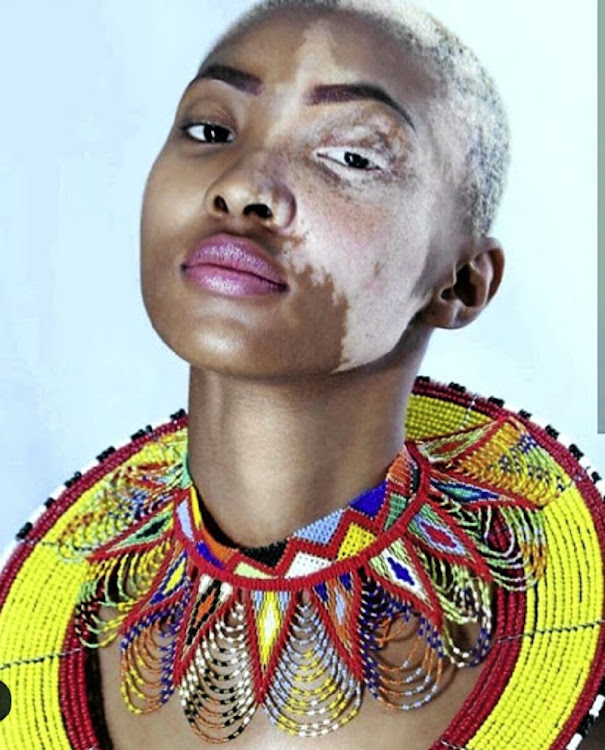 Beauty standards are changing with albinism and vitiligo being the new exotic looks to covet.

Model Refilwe Modiselle was SA's first model to succeed, followed by Thando Hopa who made it onto the cover of Vogue Portugal.

Gozo writes on his website that his skin is his armour.

Harlow also made vitiligo trend, when she paved the way for thousands like her to walk the ramp for international fashion houses.

Leleti Khumalo has recently embraced vitiligo, showing it off on the TV drama Imbewu: The Seed.

While Michelle Mosalakae is not the first actress with albinism to grace our screens on Isibaya, she has become a symbol of beauty to many, even bagging a Revlon ambassadorship.

Uzalo has also been inclusive in representation by casting the talented Owethu Zulu and Simphiwe Nxumalo.

Newcomer Tebatso Mashishi made his debut on the local film Matwetwe and spoke previously of how he wasn't considered black enough.

Other famous individuals with albinism around the world include models Shaun Ross, Jeffrey Jewell and Diandra Forrest, as well as dancer and actor Leo Jonah.

Mali's legendary Salif Keita has inspired many to pick up the mic, like rapper Nomnganga, AKA Gxarha, from the Eastern Cape and teen tapper Robdarius Brown or Roben X.

Kgothatso's birthmark sets her apart from the rest 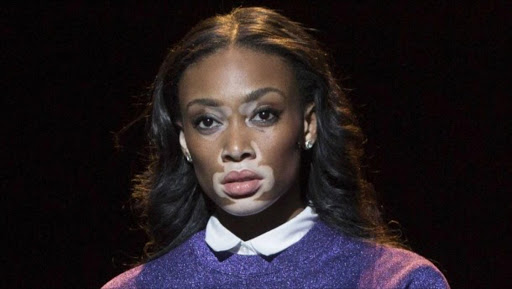 Chantelle Brown-Young, aka Winnie Harlow, is a Canadian beauty with vitiligo, which causes depigmentation to parts of the skin.
Image: Reuters

Kgothatso 'Iman' Dithebe says the day she was born, the nurse who handed her to her mother, said she was destined for greatness.

Born with the map of Africa covering the one side of her face, she says she has always desired to be a model.

Although she doesn't have albinism or vitiligo, she has experienced being treated as an outsider due to her birthmark.

When she walked into modelling agencies, she was told her look wasn't what they wanted.

"They told me I will never be better than what they have because of the mark on my face. They were not polite about it either. I literally cried," she says.

But it all changed after Harlow, who has vitiligo, became a famous face.

Today she is signed with Ice Models and has walked major runways, such as Africa Fashion Week and has appeared in many fashion editorials.

She acknowledges that she is sought after because of her unique birthmark that extends into her hairline.

"For years I tried covering it with make-up. I was conscious that I wasn't pretty enough. I was called names like Miss Two colours and so forth... Until I decided one day that I was spending too much money on make-up. I decided if I don't accept myself, no one else will... " she says.

Peter Kolokoto was approached and signed up by Sync Models for his unique look.
Lifestyle
2 years ago
Next Article