Photographer Qampi found her voice through her lens 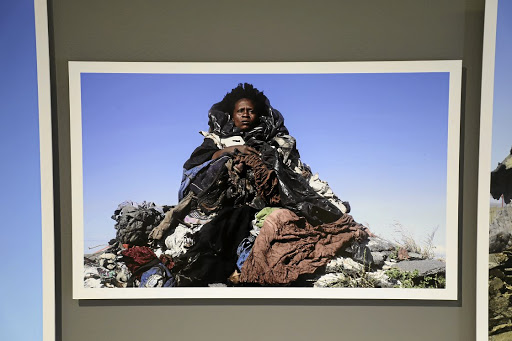 Lindeka Qampi, 50, discovered the art of photography late in life, in 2006.

She had met members of the Iliso Labantu (the eye of the people) a community-based photo collective.

"I overheard someone telling this guy about a school. I really wanted to do it. But he gave me the wrong address. I was determined and only on the second request did he give me the proper details. It's never too late to pursue your passion," she says.

Taking pictures also helped her find her voice for poetry in 2015.

Like Muholi, she also turns the lens on herself - but tells struggle stories of a different kind. With the images of her dressed up in garbage, she included her poem titled Inside My Heart.

"It speaks on the societal problem of violence, while breaking the silence and denouncing these prevalent acts of abuse," she says.

She says she uses recycled material in public spaces to produce her self-portraits. She says her photographs are meant to express the daily politics while imagining new possibilities for the future.

Qampi, who was born in Bolotwa near Queenstown in Eastern Cape and grew up in Khayelitsha, Cape Town, began her career as a street photographer capturing everyday life, and for weddings and events, focussing mainly on Khayelitsha.

She is also the project facilitator for Inkanyiso, founded by Muholi and their project, Empathetic Eyes, took them to Benin.

Muholi and Qampi were acknowledged with a Brave Award for their outreach work.

Searle's uses her body in different textures of particles 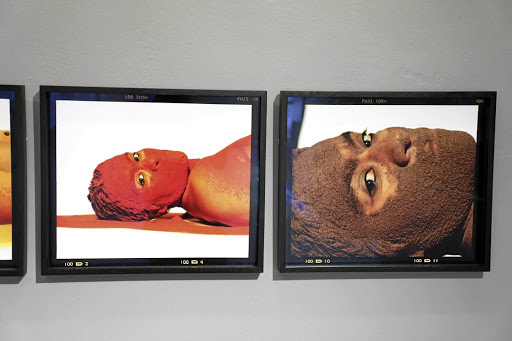 She tries to capture identity politics and belonging in relation to language, race, colour and gender.

She uses her own body, cladding herself in different textures of sand, clay, and spices.

A master of fine art graduate says she uses memories of the land to become part of her body.

Her performance photography saw her take away the Mbokodo Award in the visual arts category two years ago. Searle is from Cape Town.

Photographer was inspired by her family's photo albums

Neo Ntsoma is the first female recipient of the CNN African Journalist Award for photography (2004) and had her work exhibited at various international festivals.

But the photographer, who once worked for The Star, says for this exhibition she wanted to tell stories of friends who were ordinary and went on to become super-famous. 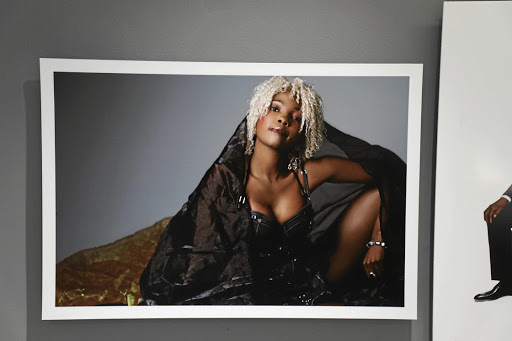 She relates the friendship she had with the late songstress Lebo Mathosa and often captured her during unplanned moments. "That's when you get the best expressions. Once it's gone, it's gone."

Other images include those of Warren Masemola before fame, the new Ladysmith Black Mambazo generation as well as David Tlale's muse. Her portrait series, titled I Am WHO I know, aims to reflect how style and fashion is more than just cloth to the politically conscious black individual.

Growing up in Mahikeng, North West, she marvelled at her family's photo albums - particularly the clothes they adorned themselves in.

"In contrast, the newspapers carried sad images of black people fighting or being arrested or some other negativity, until black magazines surfaced and I saw black, successful people in beautiful clothes. I fell in love and decided I wanted to capture my people in those moments.

"Many of my portraits are stories of now-famous people who found their voice and success during the kwaito revolution. Hopefully, I will release a book of their personal journeys through my lens."

The exhibition, held at their alma mater, Market Photo Workshop in Newtown, Johannesburg, ends on April 14.
Lifestyle
2 years ago
Next Article