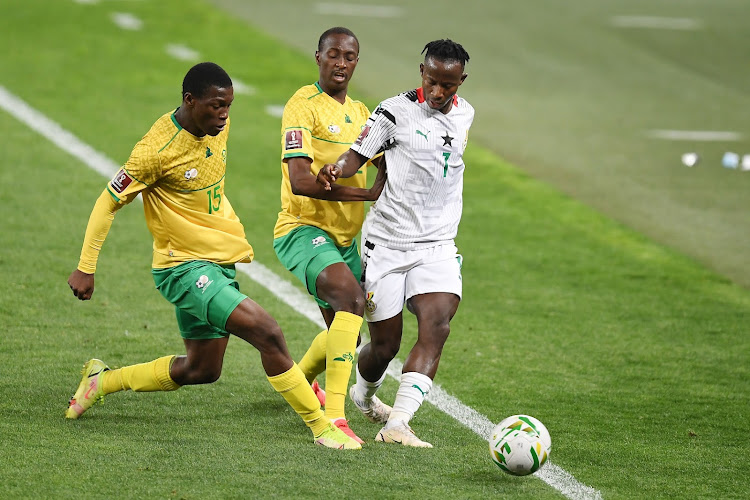 European countries’ controversial red list of countries with a high degree of risk of Covid-19, which includes SA and denied Ghana a full-strength team, was a factor in their 1-0 World Cup qualifying defeat, Black Stars coach CK Akonnor said.

Ghana arrived for the Group A qualifier at FNB Stadium minus seven European-based players who were withheld by their clubs.

These included five based in England – Jeffrey Schlupp and Jordan Ayew of Crystal Palace, Andrew Yiadom and Baba Abdul Rahman of Reading and Daniel Amartey of Leicester City.

Rennes forward Kamaldeen Sulemana and Daniel Kyereh of German side St Pauli also did not arrive.

“Of course Covid has affected everybody. We were aware of the situation and we had a plan B,” Akonnor, who has faced some backlash already in Ghana over the defeat, said.

“And when we came here before there was the same issue. And I think Fifa or Caf should have taken charge of this.

“Because some of the European teams are playing, and we are deprived of this advantage and it's not good.

“But that is not an excuse. We came here, we did what we could, especially in the first half, and we lost.”

Despite a depleted squad, Akonnor had expressed confidence of a victory ahead of the game, probably based on a dominance that has seen Ghana not lose to SA in a competitive match since the 1-0 defeat to the co-hosts in the 2000 Africa Cup of Nations quarterfinal in Kumasi.

Akonnor had also brought a similarly weakened squad to SA – for the same reasons – for their 2021 Africa Cup of Nations qualifier in March and drew 1-1 against Molefi Ntseki’s Bafana.

“Of course I was very confident, and I think that's what we showed in the first half,” Akonnor said.

“In the second half, something went wrong.

"Probably the people who we brought in [as substitutes], I thought they were going to give us a different edge over Bafana – that didn't work for us.

"And of course we lost the tactical play, the discipline that we had.

"We were aware that if we could get the ball behind the South Africans there would be a chance for us.

“But they were of course disciplined, and they got a win.”

Bongokuhle Hlongwane's 83rd-minute strike separated the teams in a result that left Bafana, who started with Friday’s 0-0 draw in Harare, top of Group A on four points to second-placed Ghana’s three.