Loanee not worried about future at Sundowns 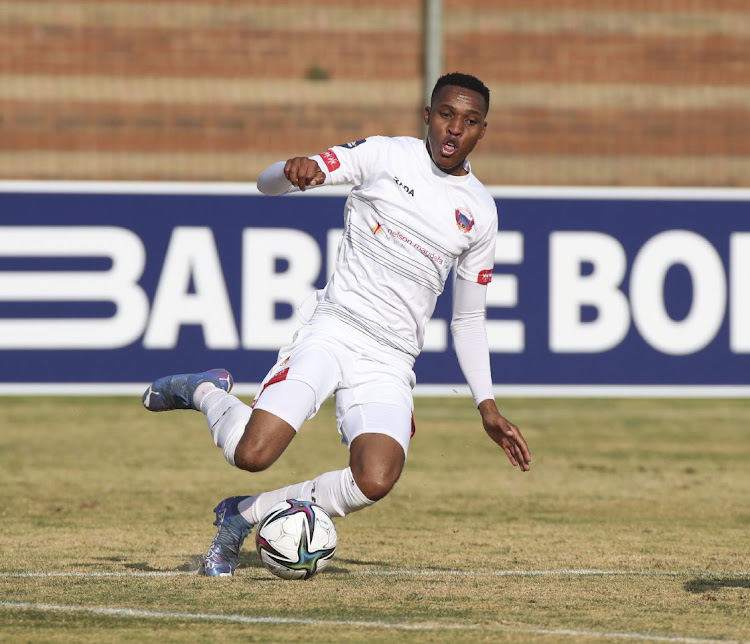 Mamelodi Sundowns midfielder Sammy Seabi, who’s on loan at Chippa United, has chosen to concentrate on the job at hand instead of worrying about his future at the Brazilians.

Seabi, who’s nicknamed “Viera”, thanks to his calmness and height that nearly resembles that of French and Arsenal legend Patrick Viera, joined Sundowns from now relegated Polokwane City in 2019.

When Seabi penned a three-year deal at Chloorkop, he was touted to be skipper Hlompho Kekana’s long-term replacement but the emergence of Rivaldo Coetzee, who was converted from a centre-back to a holding midfielder, coupled with a number of new arrivals at the club saw Seabi struggle to stand his ground. Last season he was on loan at Swallows.

With his Downs deal lapsing at the end of this term, Seabi, 26, doesn’t want to look beyond that, insisting his full focus is on the Chilli Boys. In the past, Downs didn’t hesitate to renew the contracts of their players, who at the time were loaned out at various clubs, with Sibusiso Kumalo and Kwanda Mngonyama the notable examples.

“I really don’t want to focus on what may happen in future. I am a Chippa United player, so I’d only like to focus on that without talking about Sundowns,’’ Seabi told Sowetan.

“Football is unpredictable, so it’s important to give your best at that present moment without thinking too much about what would happen tomorrow. I am just enjoying playing for Chippa, that’s all.”

Seabi has started both Chippa’s league games against Sekhukhune and Sundowns so far. The lad from Polokwane relishes the opportunity to be mentored by four-time league winning coach Gavin Hunt in Gqeberha, saying it’s not every player who’s fortunate to be coached by two SA’s most successful coaches, having worked with Pitso Mosimane at the Brazilians.

“I am enjoying working with coach Gavin… he’s a natural winner and he instils that winning mentality in players. I consider myself lucky to have worked with two of the best coaches in the country after working with coach Pitso at Sundowns… working with these two coaches has helped me grow,’’ Seabi stated.

Underestimating Swallows is one of the main reasons Orlando Pirates have struggled to beat them in the DStv Premiership.
Sport
2 weeks ago

At 37, veteran winger Elias Pelembe has no intentions to hang up his boots any time soon.
Sport
2 weeks ago

Hackers have invaded SuperSport United coach Kaitano Tembo’s privacy and are making his life a living hell. The hackers helped themselves into the ...
Sport
2 weeks ago

Mamelodi Sundowns will represent SA at the inaugural CAF Women’s Champions League in Cairo, Egypt, before the end of the year.
Sport
2 weeks ago
Next Article