Olympic favourites a step up on recent opposition, coach admits 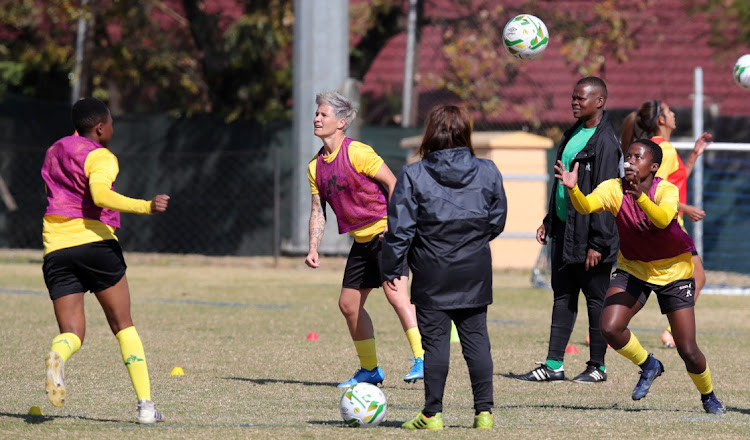 It is difficult to secure a friendly game outside SA with the Covid-19 cases rapidly increasing, but Banyana Banyana coach Desiree Ellis is happy that the team will finally receive a decisive test against Olympic-bound Holland next week.

Speaking at a press conference at the Randburg Rugby Club yesterday, Ellis said preparations for the game were going according to plan.

“It has been difficult during the Covid-19 pandemic to secure a strong team and we know that the numbers are going up in SA. And for that reason, it is proving difficult to get a team outside the continent. We are grateful that the SA Football Association and our sponsors Sasol got us a strong opponent to test ourselves,” said Ellis.

The Dutch are ranked third in the Fifa rankings and they reached the 2019 World Cup final in France, where they lost against the US.

Banyana were eliminated in the group stages of the World Cup.

Ellis watched the Dutch team closely at the finals and she knows what they are capable of.

“The Dutch are one of the favourites to win the Olympic Games in Tokyo, Japan next month. We are excited about this friendly and it is another opportunity for us to challenge ourselves at the highest level. This test will allow us to see what we still need to work on going forward. We started with Zambia and Botswana and now we have to up it a little bit,” said Ellis.

Leandra Smeda, Refiloe Jane and Nothando Vilakazi are some of the big-name players missing from the squad due to injuries. Ellis will count on the experience of Thembi Kgatlana and Noko Matlou.

Banyana Banyana coach Desiree Ellis is relishing the opportunity of playing against a high-profile opponent such as the Netherlands in their upcoming ...
Sport
1 year ago

Banyana Banyana coach Desiree Ellis could not contain her excitement after drawing Mozambique in the women Africa Cup on Nations qualifiers this week.
Sport
1 year ago
Next Article