Pretoria side only GladAfrica team still in Nedbank Cup

Troughton over the moon after Callies cancel out All Stars 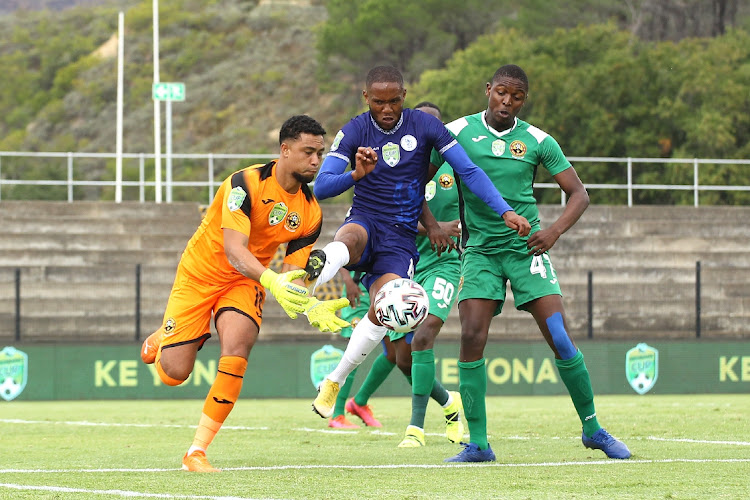 Pretoria Callies advanced to the semifinal of the Nedbank Cup after a 5-4 dramatic penalty shoot-out victory over Cape Town All Stars at Danie Craven Stadium yesterday.

The two teams could not be separated after 120 minutes resulted in a 2-2 draw, it needed a penalty shootout to decide the winner.

This is a good achievement for the Pretoria side in their first season in the GladAfrica Championship to reach this stage of the competition.

Coach Sammy Troughton said last week that his side was hungry to reach the semifinal of this competition and was pleased after his players didn’t disappoint.

Callies are now the remaining team from the GladAfrica Championship in the competition and are one match away from the final.

Both teams came into this match on the back of different results. All Stars defeated JDR Stars 2-1 away, while Callies lost 2-3 to Royal AM in league matches.

Callies goalkeeper Itumeleng Lesu was called to make double saves to deny the home side in the sixth minute.

Pretoria Callies have a desire to be in the last four of the Nedbank Cup and will give their all to achieve that.
Sport
1 month ago

All Stars finally found their breakthrough when striker Waseem Isaacs received a through ball from Colin Ryan and rounded off incoming Lesu to slot into an empty net just after the half-hour mark.

It was a deserved lead for the home side as they created the better of chances. Callies’ best chance of the match came five minutes before the interval after Atusaye Nyondo’s free header was tipped for a corner kick by All Stars keeper Kyle Peters.

Despite the error he made, which resulted in a goal, Lesu kept Callies in the game by making good saves to deny All Stars the second and went to the interval trailing by 1-0. All Stars continued with their domination in the second half as they looked to increase their lead but failed to convert them.

Against the run of play, Callies equalised through Pogiso Mahlangu, who headed home from Pule Motsetse’s cross nine minutes after the hour mark with their first chance in the second half.

All Stars looked to have done enough for victory, but Callies equalised again with two minutes remaining through Edwin Sitayitayi to send the match to extra time.

Callies were reduced to 10 men in injury time after Aupa Moeketsi was shown a straight red for a foul.