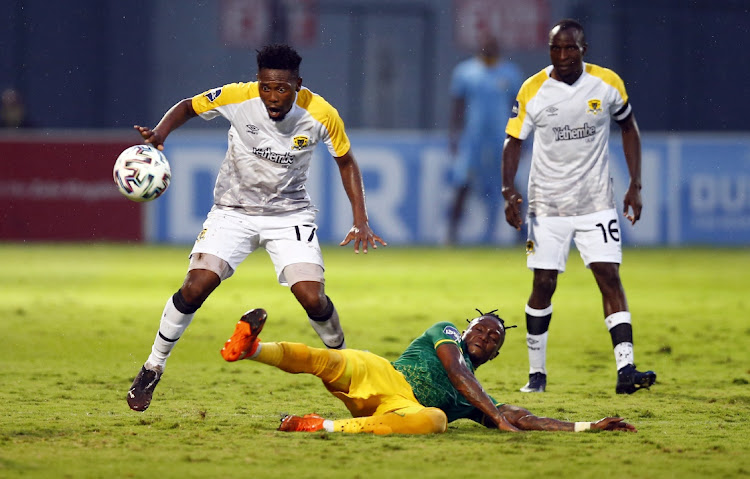 Black Leopards midfielder Lefa Hlongwane feels that their 2-1 victory over Golden Arrows should be a warning to others that they should not be underestimated any more.

Leopards stunned high-riding Arrows on Tuesday in Durban in a DStv Premiership match to end their five-game losing streak.

As they prepare to host another KwaZulu-Natal side, the in-form AmaZulu, in the Nedbank Cup second round at Thohoyandou Stadium tomorrow (3pm), Hlongwane said there is now a belief in the team that they can beat anyone.

“Remember, we beat Orlando Pirates before when no one gave us a chance. We almost beat Kaizer Chiefs after we led 2-0 only to concede  two late goals, and we matched Mamelodi Sundowns pound for pound only to lose late,” Hlongwane told Sowetan yesterday.

“Kosta Papic has instilled the confidence in the team that we can win every match.

“Papic only wants to win ... His game is demanding, and we attack with pace. He told us not to focus on other teams but to focus on ourselves, on what we can do.”

AmaZulu are on a good run, having won three of their past five matches and drawn two, but that form is not a concern for Hlongwane.

“It’s a tricky game but now we are focusing on ourselves to win each game we are playing, to move away from the bottom and go far in the Nedbank Cup. Arrows are also on a good run but we managed to beat them. This is football. Anything can happen.

“Our focus is not only on the league but also on the cup competition as well. Once you start winning games, the confidence grows. Now we need to win this match to go to the Maritzburg United game on a good note.”

Usuthu striker Lehlohonolo Majoro said they want to continue with their momentum as they look to go far in this competition.

“With them winning on Tuesday, I think it is a confidence booster, and again with a new coach coming in, obviously every player will have an opportunity to prove himself,” Majoro told the club's media department.

“I believe every player needs that momentum because when we win, we do so as a team. We all know that there is a good mood in the team when you are winning, and we want to keep that mood and win as many games as possible.”

Snapping their five-game losing streak in the league has resulted in Black Leopards players picking up some vibe, according to coach Lehlohonolo ...
Sport
10 months ago

Barely a day after being confirmed as the Q-Innovation quarter two winners, Golden Arrows coach Mandla Ncikazi is already plotting to win the next ...
Sport
10 months ago
Next Article