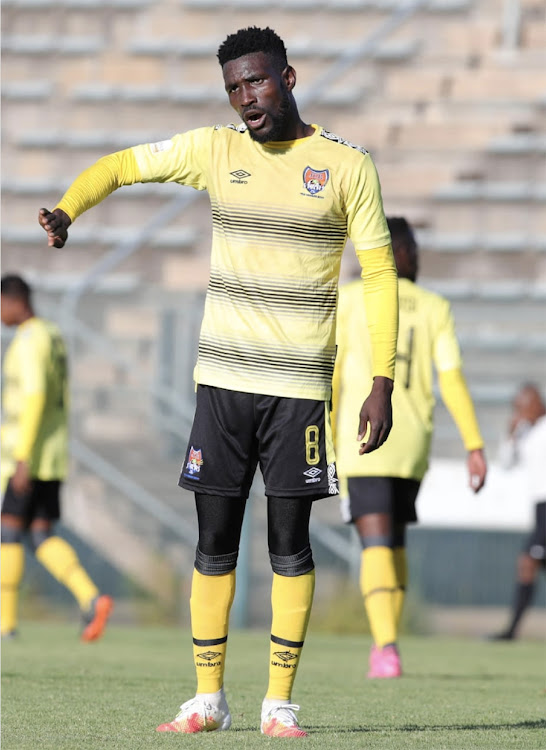 The 28-year-old Chiwunga has banged in a magnificent six goals from midfield. The Zimbabwean-born star is just two goals behind the second tier’s top scorer Moeketsi Sekola of Jomo Cosmos. Chiwunga’s JDR are third on the log with 23 points, one behind leaders Richards Bay.

“My focus isn’t on individual prizes. Winning the Golden Boot isn’t in my mind at all. My big goal is to help the team win promotion. I want to play in the Premiership next season and I want to go there with JDR,’’ Chiwunga told Sowetan yesterday.

“I like scoring goals but I am not a striker. So I think I don’t have pressure. If goals keep on coming I would be happy but if not, it won’t be a big deal. What is important here is the team not players as individuals.’’

The cheerful Chiwunga, who famously captained then second-tier outfit Ubuntu Cape Town when they eliminated top-flight side AmaZulu from the Nedbank Cup last 16 in March 2018, also opened up about his distinguishable first name.

“Temptation is my name and I love it. You know parents have their own reasons when they name a child and they didn’t tell me why Temptation. But many people call me Kudakwashe; it’s a Shona name,’’ Chiwunga said with delight.

Chiwunga launched his football career with JDR when they were still playing in the SAB League. The talented midfielder never played the beautiful game in his native Zimbabwe until his family relocated to SA in 2010.

Given their poor run in the league, Cape Town Spurs mentor Ian Taylor wishes he could trade Monday's Nedbank Cup first round success over Baroka for ...
Sport
11 months ago

Baroka coach Thoka Matsimela says their Nedbank Cup exit against Cape Town Spurs is a blessing in disguise.
Sport
11 months ago
Next Article