McCarthy gives credit to the players

AmaZulu are a sleeping giant that's swaking up – Benni 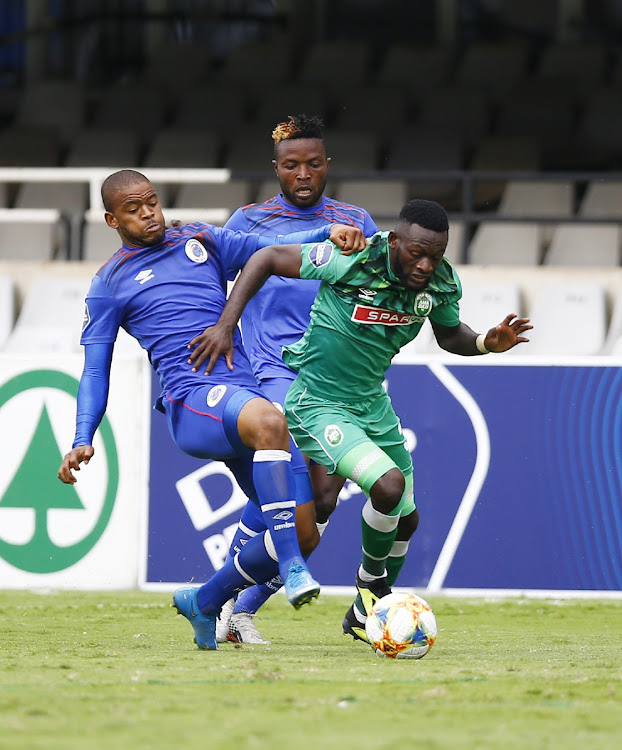 AmaZulu’s 1-0 success over SuperSport United on Tuesday left the side’s tactician Benni McCarthy convinced they’re on the right track to regain their status as one of the giants of SA football.

In the early 1970s, AmaZulu were a force to be reckoned with, winning the league title in 1972. In recent decades, the Durban club, formed in 1932, have been synonymous with relegation.

“I am just delighted with the three points and delighted that we keep making our mark in this league. The players keep getting better and better, showing that we’re really a sleeping giant that’s slowly, slowly waking up," said McCarthy.

The ex-Cape Town City mentor heaped praise on his troops for absorbing his tactics, saying they were just “perfect” on the day. It was Bafana Bafana legend’s 15th game in charge of Usuthu, since joining last December. Out of these 15 games, in all competitions, McCarthy has amassed seven victories, four draws and four defeats.

“The players work hard and they give me everything they’ve got. So I have to be very appreciative. Overall the game was perfect. We executed it to perfection," noted McCarthy.

McCarthy is of the view they won the game in the middle of the park, giving his midfielders Siyethemba Sithebe, Makhehleni Makhaula and Xola Mlambo a pat on the back for outclassing SuperSport’s renowned duo of Teboho Mokoena and Sipho Mbule.

“They [SuperSport] have got a very good midfield with the two young players Mbule and Mokoena, future Bafana stars. Mlambo, Makhaula and Sithebe were dominant… the way they shifted the ball I think they couldn’t get it off us," stated McCarthy.

On the other hand, Matsatsantsa coach Kaitano Tembo emphasised they were better than AmaZulu, highlighting the mistake his defender Thatayaone Ditlhokwe made, that resulted in Usuthu’s goal, was the only difference. Tembo also felt hard done by some of referee Tshidiso Maruping’s decisions.

“Besides the mistake we made, that resulted to their goal, I thought we were the better team throughout the game. Some of the decisions didn’t go our way. We dominated possession and we got to some good areas. We were also denied a penalty at the death there [when AmaZulu’s Samkelo Mgwazela handled the ball inside his box]."

AmaZulu continued with their recent rich vein of form by defeating SuperSport United 1-0 during their lively DStv Premiership encounter at Kings Park ...
Sport
8 months ago

While consolidating their slot in the top-eight, AmaZulu asked serious questions of SuperSport United's title credentials by beating them 1-0 at ...
Sport
8 months ago
Next Article