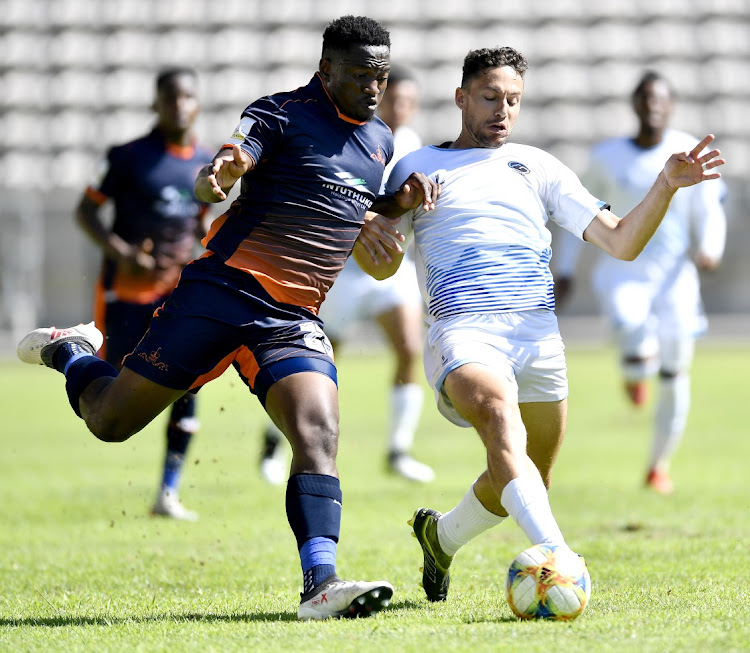 Jomo Cosmos owner-coach Jomo Sono has urged his charge, Moeketsi Sekola, who’s currently the GladAfrica Championship top-scorer, to focus more on the team’s collective target of gaining promotion rather than thinking about winning the Golden Boot.

Sekola is at the summit of the second tier’s scoring charts with eight goals. The Botshabelo-born, Free State, striker has featured in all Ezenkosi’s 15 league outings so far.

“How many goals has he [Sekola] scored? I don’t even count… I am only focused on seeing Cosmos winning. He must not think about winning the Golden Boot. I think his wish isn’t to win the Golden Boot…at his age [32] his wish must be to see the club winning promotion,’’ Sono told Sowetan.

“How will the Golden Boot help me when we’re still in the NFD? The boy has done very well for us. I hope he continues to help us with those goals. His experience is showing.’’

The 65-year-old Ezenkosi supremo also shed some light on why he always gives Premiership rejects a second chance to revive their careers in the second tier.

“I don’t necessarily look at the age or the history of a player. If a player is doing well I play him. For me it’s about talent and determination, that’s all. Gcaba is giving us what we want from him. He’s been solid at the back,’’ Sono stated.

Sono emphasised his argument that he looks more at talent than age by saying he even boasts a number of players who are under the age of 20 at his team. 18-year-old Siyabonga Nkosi (not to be confused with retired Kaizer Chiefs midfielder) is one of the youngest Cosmos players this season.

“We have a lot of under-20 boys in the team, that shows we prioritise talent not age,’’ Sono argued.

The Western Cape derby between Cape Town City and Stellenbosch tomorrow gives these two outfits a perfect opportunity to redeem themselves on the ...
Sport
1 month ago

There will be no room for any more inconsistency from Orlando Pirates if they want to push Mamelodi Sundowns in the DStv Premiership title race.
Sport
1 month ago
Next Article