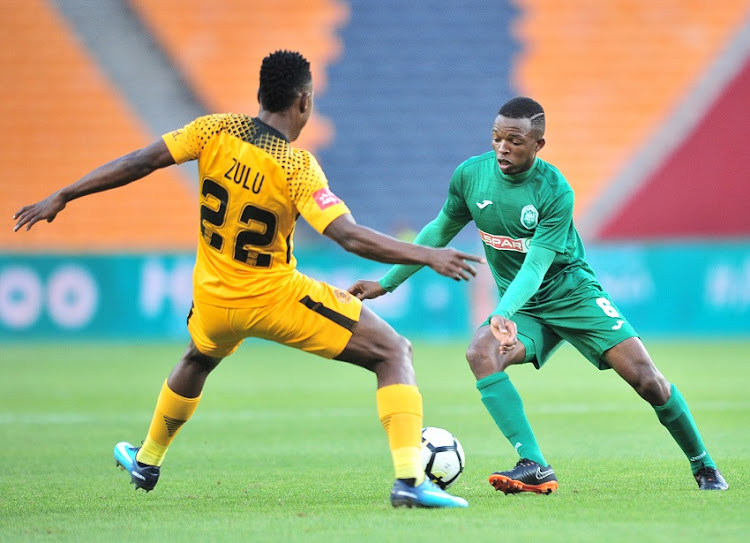 Butholezwe Ncube of AmaZulu challenged by Philani Zulu of Kaizer Chiefs during the Absa Premiership 2017/18 match between Kaizer Chiefs and AmaZulu at FNB Stadium, Johannesburg on 17 March 2018.
Image: ©Samuel Shivambu/BackpagePix

AmaZulu midfielder Butholezwe Ncube has appealed to his teammates to dig deep and take the fight to premiership leaders Kaizer Chiefs when the two sides meet in a crucial league match at FNB Stadium on Saturday night.

The two sides go into this encounter with different goals in their minds as long-time leaders Chiefs need the full points to keep the chasing pack at bay‚ while bottom club AmaZulu will be desperate for a win or even a draw in their bid to avoid the relegation trapdoor.

The struggling visitors have managed a paltry 20 points after 23 matches but Ncube maintains that they can still turn things around even at this late stage of the season.

"I think we’ve been playing good football and we have just been unlucky in converting the opportunities we get into goals‚" he said.

"We all need to have that goal-scoring mentality‚ from the defenders to the strikers as well. That way‚ we can gain positive momentum."

The beleaguered Durban side go into this crunch game with a lot of weight on their shoulders after placing head coach Josef Vukusic on what they termed as 'special leave' on Wednesday following a run of poor results.

Former Usuthu striker Ayanda Dlamini‚ who was recently appointed as Vukusic’s assistant after the departure of Mabhuti Khenyeza to lower tier side TS Galaxy last month‚ will be in charge when they face Chiefs on Saturday.

Chiefs‚ on the other hand‚ are riding the crest of the wave after beating traditional rivals Orlando Pirates 1-0 at FNB Stadium at the weekend to keep second-placed champions Mamelodi Sundowns at bay.

But Zimbabwean international Ncube remains hopeful that they can pull off an upset if they are able to bring their fighting spirit to Johannesburg.

"We need to keep working hard as a team and keep the fighting spirit alive and everything else will then fall into place‚" he said.

"We have the responsibility of keeping the team in the Absa Premiership and we will do what is needed to survive."