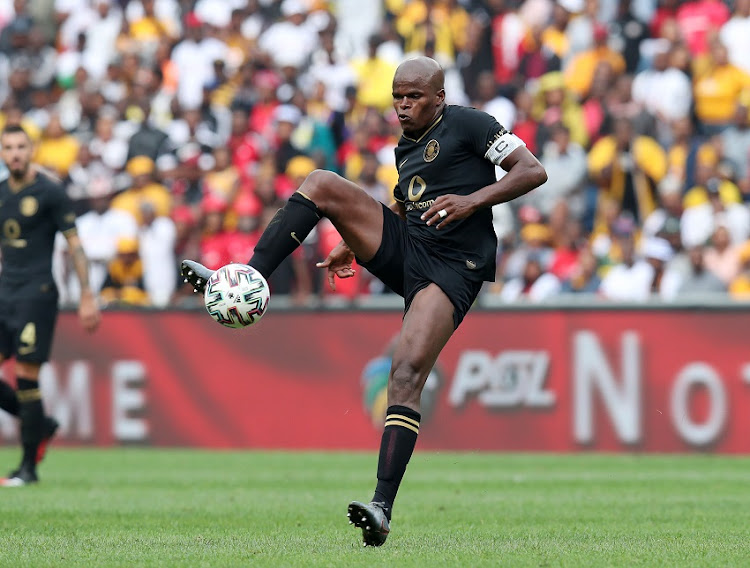 Willard Katsande of Kaizer Chiefs during the Absa Premiership 2019/20 match between Orlando Pirates and Kaizer Chiefs at the FNB Stadium, Soweto on the 29 February 2020.
Image: ©Muzi Ntombela/BackpagePix

Kaizer Chiefs have suffered a massive blow after it emerged on Wednesday that injury could rule Willard Katsande out for the remainder of the season.

The hard-tackling midfielder was injured in the 75th minute of Chiefs’ pulsating 1-0 Absa Premiership win against traditional rivals Orlando Pirates in the Soweto derby at FNB Stadium on Saturday.

He was replaced by Kenyan International Anthony Akumu.

The Chiefs website reported that Katsande "hurt the ligament in the inner part of his knee".

Club physiotherapist Dave Milner confirmed that Katsande is currently in a brace.

"He had a scan and will see the specialist this week to determine the extent of the injury‚" he said.

Ligament injuries can take a month to eight weeks to heal‚ which could rule Katsande out until May.