Clinton Larsen not carried away by resurgence 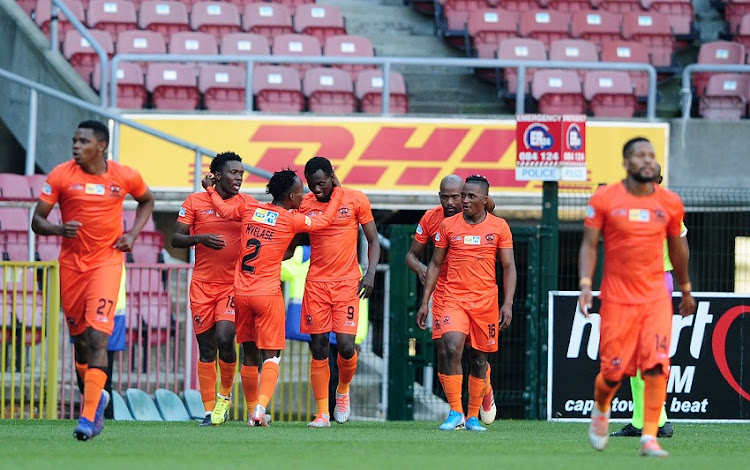 Now that Polokwane City have registered two successive victories, coach Clinton Larsen refused to get carried away by their recent success.

Rise and Shine have enjoyed two good results against Cape Town City (3-2) and Black Leopards (2-1) in the Absa Premiership to move to 13th spot on the log - three points ahead of fellow strugglers Baroka, Leopards and AmaZulu.

On Sunday, Rise and Shine had to come from a goal down to beat Leopards in the Limpopo derby at Peter Mokaba Stadium with goals from Charlton Mashumba and a stunner from Sibusiso Hlubi.

Although Larsen was pleased with the results, he now wants to see his side put together a decent run which will see them register enough victories.

Chiefs’ coach Ernst Middendorp and his new Pirates counterpart and countryman Josef Zinnbauer have met and become friends, they say, playing down any ...
Sport
2 years ago

"As I said, it was important to get another victory following the one against Cape Town City to give us a chance to move forward and this is exactly what we have done. Good six points in the last two games and a step in the right direction."

The 49-year-old is aware that they are far from being safe but feels that those two victories have given them hope.

"I will never be relieved until the final game is played and the team is safe. We are not out of it yet, we can lose the next two and be at the bottom of the log. Winning brings confidence and the players are starting to believe that we can go to matches and go pound for pound with any opponents."

Rise and Shine have two tough matches coming up. They will first play in-form Maritzburg United away on Friday, before hosting log leaders Kaizer Chiefs on March 22.