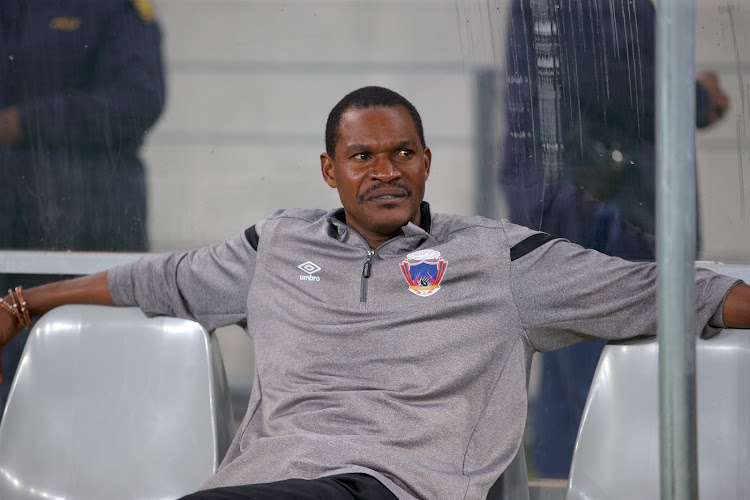 Norman Mapeza of Chippa United has resigned as coach of the team.
Image: Richard Huggard/Gallo Images

Former Chippa United coach Norman Mapeza has blamed unrealistic expectations from the club's management and disrespect from players for his shock resignation on Monday.

A copy of Mapeza's resignation letter was leaked to Sowetan's sister publication The Herald yesterday. In it, Mapeza outlines the reasons for his sudden departure.

"I hereby give notice to terminate my contract with Chippa United with immediate effect," Mapeza's letter reads.

"It is my view that the team is in need of a new voice. As it stands, I do not feel I am able to get the team where it is expected to be for reasons including, but not limited to, the short amount of time I have worked with the team vis-à-vis the expectation of the club and its management.

"The club may benefit from new set of hands with a different skill set and coaching approach.

"It is my hope that we can reach mutual agreement pertaining to the termination of this contract and severe the relationship in an amicable way for both parties."

When contacted, Chippa boss Siviwe Mpengesi said: "The coach said he does not see eye-to-eye with most of the Chippa players and has noticed signs of disrespect from some players.

"We are known as a team which usually fires coaches but this time around it's the coach who has resigned. The coach's resignation came as a surprise to us after the win at the weekend.

"We will now sit as management to try to figure a way forward. I am sure by noon today we will make an announcement. We cannot take chances and finish the league without a coach with the state we are in, so we need someone to take over."

The Zimbabwean international coach joined the Port Elizabeth-based Absa Premiership side in October 2019.