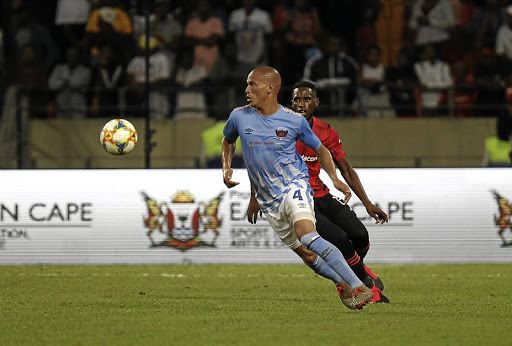 Having scored just 14 goals from their 21 league games, it's evident Chippa United's struggles stem from their blunt attack.

Coach Norman Mapeza has since pinned his hopes for goals on Ruzaigh Gamildien, who rejoined the club from second-tier side Steenberg United last week. He replaced William Twala in the second half of Saturday's 2-1 home loss to Orlando Pirates.

"That's why he's here, he [Gamildien] can be the answer to our goal-scoring problem. But for him to function, he needs other players. I hope he'll really give us something we're looking for, a different dimension when we're going forward."

Despite losing 2-1 to Pirates in their backyard, Mapeza was proud of his charges.

"The boys worked so hard. I think we were unlucky. We could have managed to get a point, but I am very proud of my players," said Mapeza.

"We dominated the second half and we rectified all the mistakes we did in the first half. It was just a game of two halves. The difference was that Pirates scored quick goals."

To stop Orlando Pirates striker Gabadinho Mhango, who's arguably in the best form of his life, would take something extraordinary, that's for sure.
Sport
2 years ago

It was the Chilli Boys' second defeat on the trot as they'd been thumped 3-0 by SuperSport United the previous week.

Because the Port Elizabeth side's owner, Siviwe "Chippa" Mpengesi, is known for being impatient with coaches, Mapeza might find himself jobless if results continue to elude them.

Chippa will be hoping for better fortunes in the Nedbank Cup, where they face defending champions TS Galaxy in the first round at home on Wednesday (7.30pm).