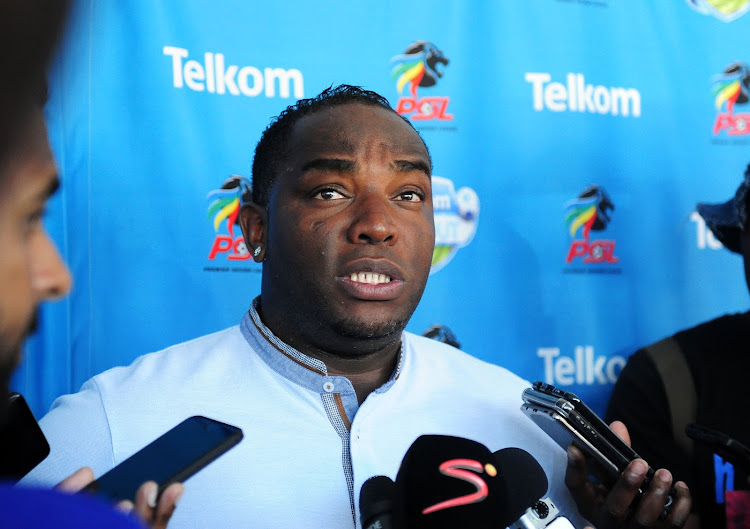 Benni McCarthy did not want to end his Cape Town City career with his side in the doldrums and was hoping for a few more games to turn things around‚ TimesLIVE can exclusively reveal.

But there is also a sense of relief for McCarthy as he quits the Premier Soccer League after a tough time motivating his players‚ clashing with his chairman and missing his family.

On Sunday‚ as Cape Town City held a spirited morning training session‚ there was no sense of the impending sack that was to come his way later in the afternoon.

McCarthy‚ who turns 42 later this month‚ spoke of his desire to turn around the ship at the club‚ who have won only once this season but also only lost three of 11 games.

There had been a bonding session between the players earlier in the week to sort out any lingering personality issues in the camp and McCarthy was looking forward to getting back to winning ways against Polokwane City in the league clash at the Cape Town Stadium on Wednesday.

But he had a meeting with chairman John Comitis in the afternoon and jokingly said‚ “you might not see me here tomorrow”.

He had struggled in recent weeks to pick up his players after a series of disappointing results like losing at home to Chiefs in the league at Newlands after scoring an early goal‚ and putting on a spectacular first half showing and then also dropping points in a thrilling 3-3 draw at Orlando Pirates.

The penalty shootout loss at home‚ once again to Chiefs‚ in the first round of the Telkom Knockout had also come as a stiff blow to the stomach.

McCarthy had also not pulled his punches in hitting out at Comitis over players‚ particularly the chairman’s reluctance to get former captain Robyn Johannes back to the club when he became available in August.

McCarthy insisted he needed to shore up his defence but Comitis was not keen to have the centre-back return to the club he previously refused to renew his contract with‚ electing instead for greener pastures in Johannesburg.

City’s defence is the leakiest in the league this season and is the reason why they sit just above the Absa Premiership relegation zone.

McCarthy had also struggled over the last 10 months living in Cape Town without his family‚ who returned to Scotland at the start of the year when his wife Stacey fell pregnant.

McCarthy went back to Edinburgh briefly for the birth of his first son but has found it difficult living on his own while his family are thousands of miles away.

He is expected to leave for Britain later this week once negotiations over the settlement of his contract are completed.