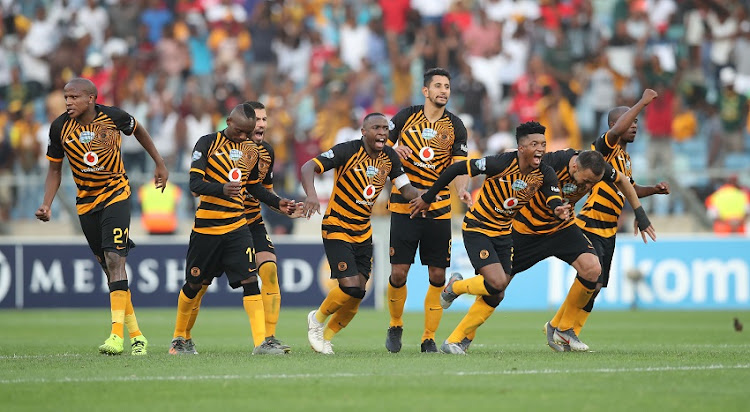 Ending Orlando Pirates' five-year Soweto derby superiority has seemingly prompted Kaizer Chiefs to believe they can do the same to their four-year silverware scarcity.

Chiefs needed penalties to outwit Pirates 4-2 at a buzzing Moses Mabhida Stadium, advancing to the semifinals of the Telkom Knockout at the weekend.

The match had ended in a 2-2 stalemate after extra time.

The success didn't just provide Amakhosi's passage to the last four of the TKO but it also ended Pirates' five-year dominance in the derby.

Before Saturday, the last time Chiefs defeated the Buccaneers in a competitive match was back in 2015 in a penalty shoot-out in the semifinals of the same tournament.

"I didn't think it was the best five years. I believe it was a tough five years. We started the season with a clear target," said Chiefs mentor Ernst Middendorp.

"Things are going to a certain direction. We are working very hard.

"I started on December 18 and we made a lot of changes, preparing for the season."

Kaizer Chiefs continued their impressive start to the season with a 4-2 penalties Telkom Knockout quarterfinal win against Orlando Pirates in ...
Sport
2 years ago

"I will reiterate what I said during the week, the officials need help. It does not help bashing referees, it doesn't solve the problem. We need to support them and find solutions," said Mokwena.

Poor officiating saw Chiefs being denied what looked like a legitimate goal in the seventh minute. In another controversial incident, Thembinkosi Lorch deliberately stamped on Khama Billiat, only to be cautioned instead of getting a straight red. Chiefs keeper Daniel Akpeyi should also have conceded a penalty.

Both Soweto heavyweights will hope for improved officiating when they meet again in a league outing at FNB Stadium on Saturday (3.30pm).