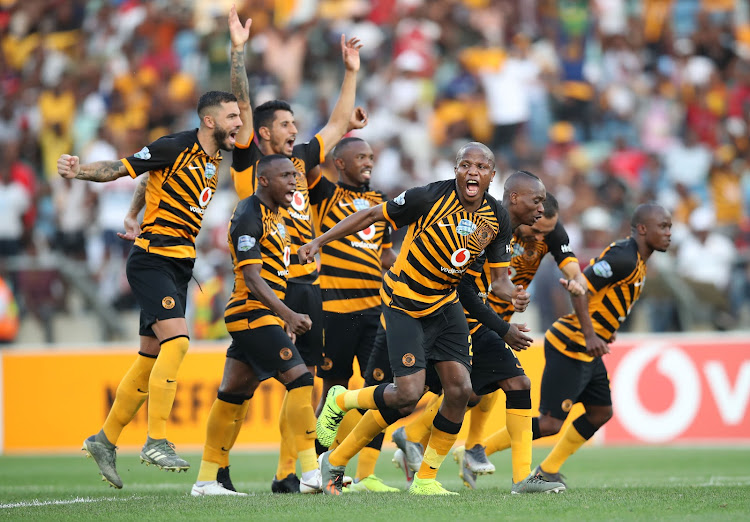 Kaizer Chiefs advanced to the semifinals of the Telkom Knockout by the narrowest of margins on Saturday after beating traditional rivals Orlando Pirates in a derby that was a nail-biting edge-of-the-seat affair.

The 4-2 penalty shootout win over a 10-men Pirates had all the ingredients of a derby and the fans at the sold-out Moses Mabhida Stadium got full value for their money.

But how did the individual players fare?

Here are the Chiefs player ratings (out of 10):

He got away with murder on the stroke of half-time when he fouled Fortune Makaringe inside the area and used the benevolence showed by referee Jelly Chavani to go on and prove to be the hero of the post-match shootout.

A little weak in some of his challenges and should have been penalised when bringing down Vincent Pule early in the second half.

Good challenges at key moments in defence‚ particularly on Thembinkosi Lorch‚ and a willingness to go forward and contribute to the attack.

His penalty conversions put Chiefs ahead in extra time and also in the penalty shootout.

Out of position‚ sluggish and poor in his decision-making for most of the game but then he redeemed all that with a game-saving tackle on Frank Mhango right at the end of extra time.

The inexperience of a youngster in his first derby showed as he was yellow-carded and caught out of position on several occasions.

But he can only benefit from being thrown into the deep end.

The Zimbabwean juggernaut is at a crossroads in his career‚ still full of fire and determination but slow in the tackle and often overshadowed in the midfield battles.

He was the first to be sacrificed by coach Ernst Middendorp when change was needed.

Not as influential in his distribution as he can be‚ and it is still not clear whether playing so deep is really using his talents to their full potential.

Worked hard on the front foot but decision-making let him down.

Sometimes it looks like he is trying too hard to make a decisive impression.

Denied a legitimate looking goal in the first half and spent the entire game keeping the Pirates defence under pressure with his movement and his ability in dangerous spaces.

Heavy first touch when he had a chance to score but made up for it with the 62nd minute equaliser as he reacted quickest to score.

The dual threat with Nurkovic made for an uncomfortable afternoon for the Pirates’ back four.

His skills kept Pirates defenders on their toes but too often he missed out on the chance to do something for his team by holding onto the ball.

He also faded in and out of the game.

Came on at half-time as he replaced Katsande.

Bernard Parker and Siphosakhe Ntiyantiya also came on as substitutes.