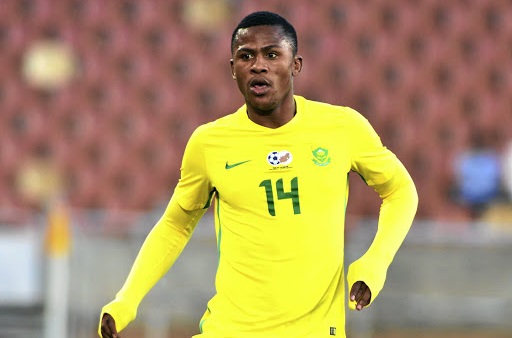 Kaizer Chiefs centre-back Siyabonga Ngezana hopes to make the final cut for the U-23 team that will be playing in the Afcon in Egypt by impressing in Sunday's friendly game.
Image: Philip Maeta / Gallo Images

The upcoming Under-23 Africa Cup of Nations (Afcon) gives a number of fringe players a platform to prove to their clubs' coaches that they're worthy of starting berths.

The U-23 Afcon, an eight-nation tournament that will determine three nations to represent Africa at next year's Tokyo, Japan, Olympics, is schedule for November 8-11 in Egypt. To acclimatise and measure their readiness for the tournament, South Africa clash with the hosts in Cairo in an international friendly on Sunday (3pm).

While the final squad hasn't been confirmed, a number of players in the provisional team that travelled to Egypt are fringe players who're eager to make it to the tournament and play their hearts out to show their clubs' mentors they deserve to play.

Notoane planning for player withdrawals for U-23 Afcon

South Africa Under-23 coach David Notoane sounded almost resigned to going to the U-23 Africa Cup of Nations in Egypt next month without some of his ...
Sport
2 years ago

"I really hope to do well with the national team to play at my team. it's my dream to go and play at Afcon, if I am selected I will give it my all," said Ngezana, who's only featured once for Amakhosi this season, coming off the bench in the second half of their 2-0 win over Golden Arrows two weeks ago.

"I am working hard to end up in the final squad. It's every player's dream to represent his country. I think if I can do well here maybe that can boost my chances of getting game time when I return to my team," said Sam, who's yet to make his official Bucs debut after joining from Bloemfontein Celtic at the start of the season.

Meanwhile, the David Notoane-coached side also boast players who've already stamped their authority at their clubs, the likes of SuperSport's Sipho Mbule and captain Tercious Malepe, who's plying his trade in Port Elizabeth with Chippa United.

South Africa are in Group B alongside Nigeria, Ivory Coast and Nigeria. In the first match, Notoane's charges lock horns with Zambia on November 9, before entertaining defending champions Nigeria three days later. South Africa's last pool game is against Ivory Coast on November 15.

With next month's Under-23 Africa Cup of Nations (Afcon) in Egypt falling outside the Fifa calendar, SA coach David Notoane is prepared for any ...
Sport
2 years ago

SA Under-23 skipper Tercious Malepe has reacted to the U-23 Africa Cup of Nations (Afcon) draw with glee.
Sport
2 years ago
Next Article