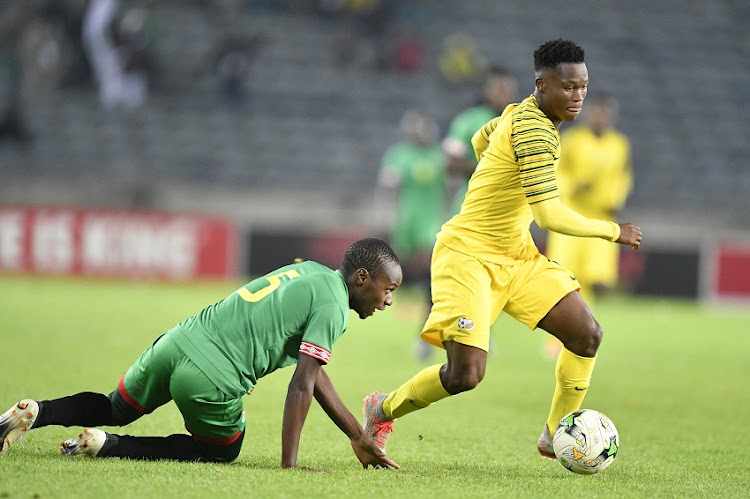 No date has been set for the draw for the U-23 African Cup of Nations in Egypt in November but the quality of the eight-team field ensures that it will be a bruising bid for Olympic qualification.

The top three go on to play at the men’s tournament at next year’s Tokyo Olympics with South Africa seeking to qualify for a second successive tournament after competing in Brazil at the last Games.

But if David Notoane’s team are to do so‚ they will have to get the better of the likes of former gold medal winners Cameroon and Nigeria plus west Africans Cote d’Ivoire‚ Ghana and Mali‚ and near neighbours Zambia.

That is also not to forget the Egyptians‚ who host the tournament from November 8-22.

The dates fall largely within the international window‚ which will allow South Africa coach David Notoane to call up players like Lyle Foster‚ Kobamelo Kodisang‚ Gift Links and Luther Singh‚ who are all based at European clubs and helped Amagluglug to an easy qualification aggregate triumph over Zimbabwe.

The 5-0 success at the Orlando Stadium last Friday was followed by a goalless draw in Tuesday’s return game at Bulawayo.

Nigeria‚ who have been the most successful African country at past men’s Olympic tournament‚ sent out an ominous signals on Tuesday as they thrashed Sudan 5-0 at home to book their place at the tournament.

Mali upset a Moroccan side packed with foreign-based players while Ghana’s Black Meteors won 1-0 away against Algeria through Yaw Yeboah’s second half goal.

It means that Egypt are the only north Africa side left in the running for Tokyo.

Zambia‚ who had Gamphani Lungu of SuperSport United in their squad‚ drew 3-3 in Brazzaville against Congo for a 5-4 aggregate triumph despite come horrendous refereeing decisions against the Zambians.

The draw for the U-23 Nations Cup should take place in the next month but CAF officials confirmed to SowetanLIVE that they are still to set a date for the ceremony.