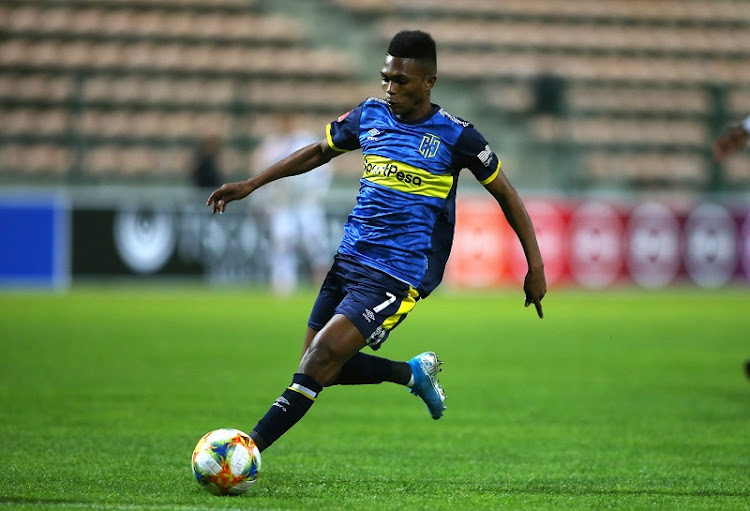 In the wake of inspiring SA Olympics team to qualify for the U-23 Africa Cup of Nations, left winger Gift Links believes more players from the side stand a good chance of graduating to Bafana Bafana.

To book their berth at the eight-nation Afcon, to be staged in Egypt in November, SA had to dispatch Zimbabwe 5-0 on aggregate in the last round of the qualifiers.

The David Notoane-coached national team scored all the five goals in the first leg at Orlando Stadium last week, holding Zimbabwe to a goalless draw in the return leg in Bulawayo on Tuesday.

SA have secured their spot at the 2019 Africa Under-23 Cup of Nations and taken a step closer to qualification for the Tokyo 2020 Olympics after a ...
Sport
2 years ago

Links, who recently left Cape Town City for Danish top-flight side Aarhus, has predicted a bright future for his U-23 teammates. The tricky winger feels the next step for them is Bafana.

"I think most of these U-23 players will soon go to Bafana. We are all playing well, we are outstanding. Qualifying for the U-23 Afcon will open doors for us to play for Bafana,'' said Links, who started the second leg after being an unused substitute in the first leg.

Links, 20, also cannot wait to launch his career abroad with Aarhus. With age still on his side, the ex-Platinum Stars attacking midfielder wants to use his stint in Denmark as a stepping stone to superior European leagues.

"It's every player's dream to leave his country and try his luck overseas, so I am very excited. I am still young and I think it will help me that I am going there at this age . to move to better leagues in future,'' Links stated.

The lad from Rustenburg in the North West is no stranger to plying his trade outside of SA, having joined the Citizens from Egyptian Premier League outfit Al Assiouty Sport in July last year.

"Playing in Egypt really helped me a lot because I stayed far away from my family. Now I am stronger, so going to Denmark ... I know what to expect,'' added Links.

No date has been set for the draw for the U-23 African Cup of Nations in Egypt in November but the quality of the eight-team field ensures that it ...
Sport
2 years ago

Guingamp midfielder Lebogang Phiri believes a more modern player is emerging from South Africa‚ players who are ready to make an impact in Europe ...
Sport
2 years ago

SA under-23 coach David Notoane is rubbing his hands at the thought of synergy among all national teams following the elevation of former under-17 ...
Sport
2 years ago
Next Article