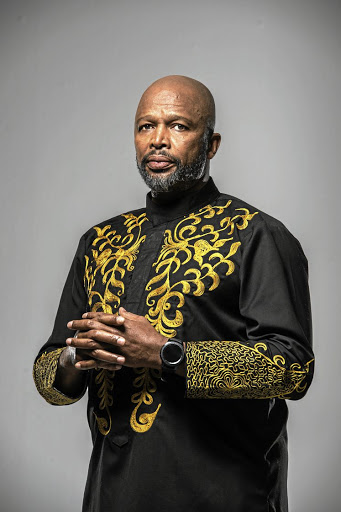 The show aims to help find solutions for fathers who may have lost contact with their children due to divorce or being separated from their spouses among other reasons.

The award-winning performer explains that the show is expected to open dialogue about the importance of fathers being present in their children's lives.

"There are many families across South Africa who seek to connect or reconnect with their fathers. The show aims to re-establish these bonds and attempt to mend tense family dynamics through mediation."

He describes it as "the beginning of a healing process, beginning of reconciliation, and the breaking of a cycle".

Maake ka Ncube says he is a perfect candidate for the show because he has lived the experience the show touches on.

The actor, writer and director grew up with an identity crisis having been raised by his stepfather and only adopted his biological father's surname later.

More than that, Maake ka Ncube, who has a number of children with different women, has first-hand experience of baby mama drama.

"Issues of not having your father around you eats you alone as a child. You can't even discuss with others," he said.

He says his own experiences made him decide to be present in his children's lives.

Maake explained that hosting the show has taught him a lot.

"We became parents because you made a baby, no-one teaches you to be a parent. That is biggest mistake that we have made socially.

"I am happy that the show opens the debates and dialogues. I have also noticed that single parenting is glorified while it has a bad effect on kids.

"Men need to guard their precious sperms and women must do the same with their eggs."

Fathers' Day at the weekend came as a stark reminder that millions of mothers will continue to be celebrated on this day given the extent of ...
Opinion
2 years ago

Absent fathers are major catalyst for social problems in our country