Notoane tells his under-23 players to dream bigger 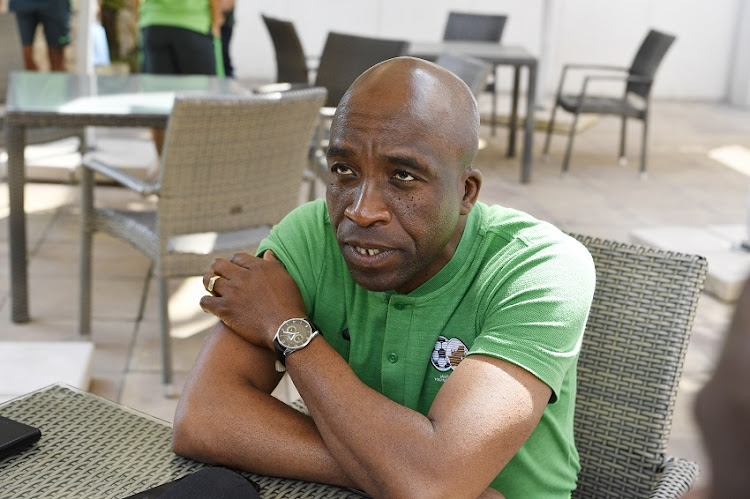 South Africa Under-23 coach David Notoane has told his players to look beyond the 2020 Olympics and cast their gaze wider to the 2022 and 2026 World Cups.

The immediate objective‚ as the U-23s take a huge 5-0 lead from Friday’s first leg at Orlando Stadium into their second leg of their qualifier against Zimbabwe at Barbourfields Stadium in Bulawayo on Tuesday (kickoff 3pm)‚ is reaching the U-23 Africa Cup of Nations.

If they preserve their lead‚ SA will reach the eight-team Afcon in Egypt in November‚ where the top three sides qualify for Tokyo 2020.

Achieving that would make this the first time South Africa's men qualified for successive Olympics‚ having competed at Rio 2016.

But Notoane‚ asked how he guards against complacency with such a big lead‚ said he has tasked his players with looking further than Tokyo.

His motivation: that a coach many of the current U-23s know well from having reached the 2015 U-17 World Cup under him – Molefi Ntseki – is now Bafana coach.

This seems sure to open doors for young players knocking on the door of the senior national team.

“Of course we have always said it‚ that our objectives are very clear‚ to qualify for Afcon and to go to Tokyo‚” Notoane said.

“But for me‚ more importantly‚ and I have told the team‚ it’s about delivering these young players to Bafana in line with Vision 2022‚ and in line with the World Cup in 2026 in the USA [and Canada and Mexico].

“And I said to the players‚ the door is open‚ with the changes above us.

"The coach who started this project with a lot of these young talented players with the Under-17s [is Bafana coach]‚ and when some of them graduated into the project I was with coach Thabo [Senong] with the Under-20s.

“And it’s really now for them to push that door and force their way in‚ not through favours and who knows who‚ but through their performance on the park. And I am happy they are responding accordingly.

“The biggest issue here‚ and which we address‚ is that they have to show tactical maturity earlier.

“World Cup 2022 is already upon us. So they have to show that they are maturing faster and quicker‚ to be blended into the senior team.”

The current U-23s are displaying some potential.

The SuperSport duo of Sipho Mbule and Teboho Mokoena look to be the future Bafana central midfield.

Forwards Kobamelo Kodisang (Braga reserves‚ Portugal)‚ Luther Singh (on loan at Moreirense from Braga) and Lyle Foster (on loan at Cercle Brugge in Belgium from AS Monaco) are forging careers in Europe.

Notoane said he might field players who did not feature in the first leg – and previous 6-1‚ second-round aggregate win against Angola – in the Bulawayo return match.