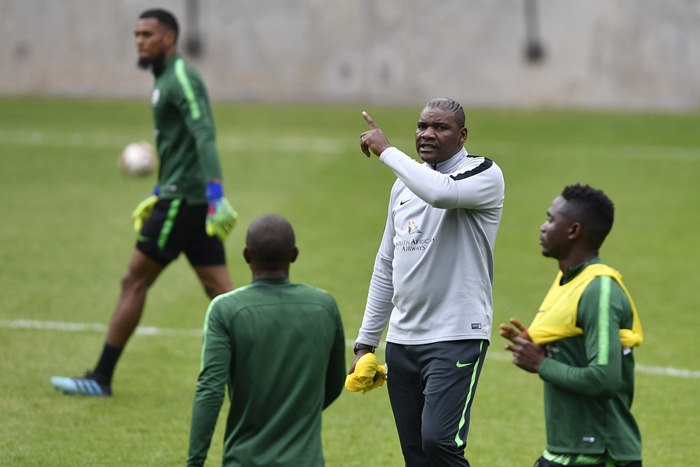 The crisis-struck SA Football Association (Safa) have decided to release the Bafana Bafana players from camp after xenophobic attacks in the country scuppered the national team’s preparations for the 2021 Africa Cup of Nations (Afcon) qualifying campaign.

The decision was taken after Madagascar withdrew on Thursday from the international friendly match against Bafana which was scheduled for Orlando Stadium in Soweto on Saturday.

Safa, in an unprecedented move that saw the organisation call a 7pm media briefing, said they decided to release the squad after a meeting with the players and technical staff

“We want to reiterate that as Safa we totally condemn these acts of violence in respect of the xenophobic attacks on fellow Africans as well as the criminal looting of businesses,” said Danny Jordaan at the briefing.

“Safa has consistently and strong condemned the xenophobic attacks and the wanton attacks of foreign nationals. We reiterate our call that these criminals must be arrested and dealt with harshly.

“We call on all footballers and sportspersons to join hands and unequivocally condemn any violation of the rights of fellow Africans in our country as well as xenophobic attacks."

Bafana were initially scheduled to play against Zambia in Lusaka but the Football Association of Zambia (Faz) called off the game on Tuesday as a result of the violence in South Africa.

The Zambians pulled out just as Bafana were finalising their travel arrangements to fly out to Lusaka.

The violence in the country also resulted in SA businesses coming under siege in Lusaka in what is believed to be retaliation for the xenophobic attacks.

SA businesses in Lusaka closed their doors on Wednesday following protests by Zambian students as a security measure to avoid looting.

Safa moved swiftly and a secured Madagascar as next opponents for Bafana. But the Indian Ocean islanders also pulled out at the eleventh hour as SA crumbles under the backlash from other African countries.

It is a chaotic start of a new era under newly appointed coach Molefi Ntseki, who will not be pleased at all after his first assignment was scuppered, albeit under circumstances beyond his and Safa’s control.

The cancellation of the fixture puts Ntseki and Bafana in a shaky position ahead of crucial back-to-back 2021 Afcon games against Ghana in Accra and at home against Sudan in November.

This September 2-10 international friendly window would have provided Bafana with much-needed game time ahead of the November qualifiers.

But all is not lost for Ntseki and his team.

Safa acting CEO Russell Paul said they are already in contact with potential opponents and the organisation will strive to secure opponents for the next coming Fifa sanctioned international friendly window from October 7-15 before the crucial November 2021 Afcon qualifiers.

“In October we have two opportunities to play two friendly matches. It is still some way but already we are speaking with some countries and we are trying to finalise,” said Paul.

“Hopefully over the next couple of days we will be able to release those fixtures.”