Bafana coach Ntseki fires back at those questioning his credentials 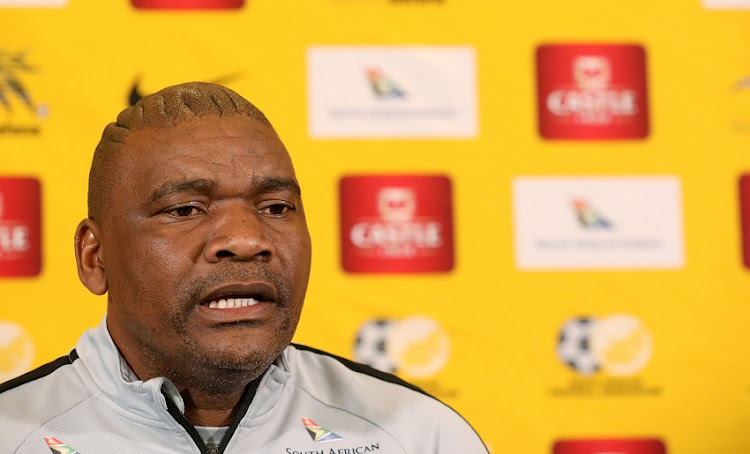 New Bafana Bafana coach Molefi Ntseki says he’s been around the block long enough not to be overly concerned about those questioning his experience‚ pedigree and credentials to coach the senior national football team.

Ntseki was officially presented to the media on Monday and again the questions around his suitability for the top job were aplenty.

“The future looks very green‚” said Ntseki when accepting the Bafana challenge – having been presented a green Bafana jersey by acting Safa CEO Russell Paul – and sending a message of reassurance those who have little trust in him.

“It has been a very long journey of 21 years in formal coaching.

“I started in 1999 after going through an operation. I got injured and ended my playing career. So I would say that’s how I started.”

The former school teacher was asked how he reacted when he received the confirmation of his appointment on Saturday.

“When I got the call the first time [for the caretaker role‚ soon after predecessor Stuart Baxter’s resignation on August 2]‚ I behaved the same way as the second time‚” Ntseki said.

“I smiled. But when I was about to celebrate‚ the reality crept in to say that now that you’re in charge‚ now it’s a responsibility and an opportunity.

“If I look at what happened to my predecessors it means I should have a way of understanding the environment even before you can start in operating within that environment.”

The former SA Under-17 head coach said he was not concerning himself about the scepticism that some people have displayed since his appointment following Safa’s NEC meeting at the weekend.

“Everybody has got a right to his or her opinion‚” said the 50-year-old coach from the Free State.

“At times you’ve got an opinion about somebody because you don’t know that person.

“And at times you’ve got an opinion about somebody because you think you know that person.

Ntseki will have his first match as head coach of Bafana when Bafana tackle Madagascar at Orlando Stadium on Saturday in an international friendly.

The match had to b hastily arranged as Zambia’s FA cancelled Saturday’s game in Lusaka‚ where their national team wold have hosted Bafana‚ in response to the latest wave of xenophobic attacks in SA.

The real big test for Ntseki will come when Bafana begin their 2021 Africa Cup of Nations qualifiers against Ghana and Sudan in back-to-back matches in November.