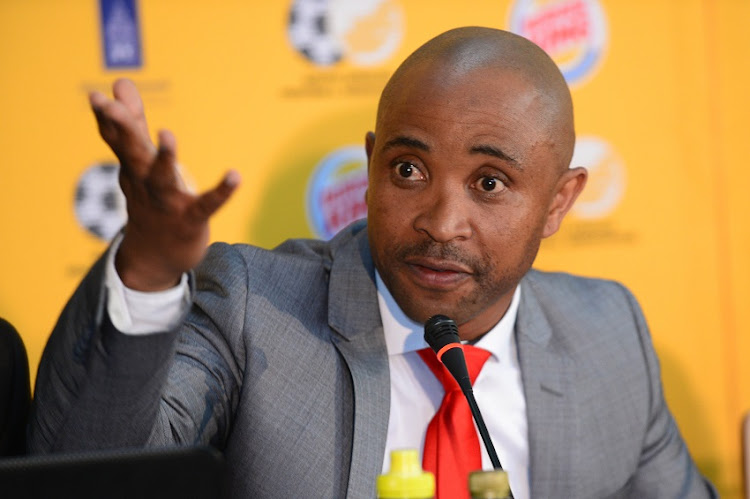 South Africa Under-20 coach Thabo Senong has not had his contract renewed.

Senong told SowetanLIVE he is serving his last few weeks as a South African Football Association (Safa) employee after being informed by acting CEO Russell Paul that his contract‚ which completes at the end of this month‚ would not be extended.

"I signed a four-year contract with Safa‚ and then after that the technical director [Neil Tovey] and the CEO [Dennis Mumble] renewed my contract to end after the U-20 World Cup [last month]‚" Senong said.

"That means my contract is ending in June. And already I had engagements with the acting CEO [Russell Paul]. And they are not engaging me any more.

"The CEO says he has engaged the NEC [Safa council] and they don't need my services any more.

"Then I thanked them because I just feel that Safa have given me an opportunity to grow as a coach. And I will continue to thank the federation and the public."

Paul said Senong is coach until end of the month.

“He has a contract with us until the end of June‚" the Safa CEO said.

"He has to submit a report to the technical committee who will make a review.

"After that‚ the technical committee will submit their recommendations to the NEC and we will take it from there.

"As things stand‚ he is our coach until the end of the month.”

Senong has guided the SA Under-20s to an unprecedented two Fifa U-20 World World Cups in succession.

However Amajita exited in the first round of both competitions without winning a game‚ most recently in the 2019 edition last month.

South Africa lost two games - 5-2 against Argentina and 1-0 against South Korea - at Poland 2019‚ and drew their final match 1-1 against Portugal.

At South Korea 2017 Amajita also lost two games and drew one. They lost 2-1 against Japan and 2-0 against Italy before a 0-0 draw against Uruguay.

Senong steered Amajita to third place at the 2019 Africa U-20 Nations Cup‚ and to the same position at the 2017 competition.

The coach has unearthed a number of players who have gone on to star for Premier Soccer League clubs.

Senong said he has no "offers at the moment".

"But if nothing comes in the next three months I don't have a problem because I think I just need these two months for reflection in my coaching journey‚ study‚ and I think in the next two‚ three months something will come‚" he said.