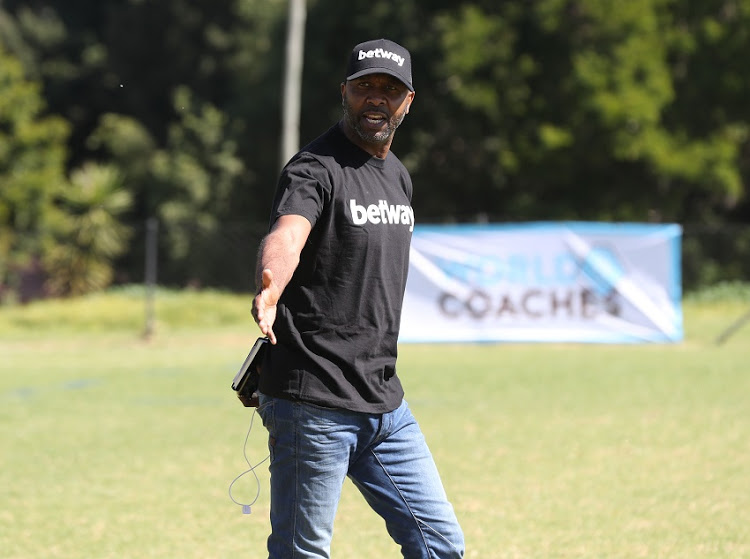 Kaizer Chiefs’ poor run of late means even those who are supposed to back them to beat TS Galaxy and win the Nedbank Cup in Saturday’s final at Moses Mabhida Stadium (kickoff 7pm) are doubtful of Amakhosi’s chances.

Radebe shared his thoughts on the decider involving his old team‚ Chiefs legend and former Bafana Bafana captain Lucas Radebe said he is hopeful‚ but also cautious‚ in his assessment of what we can expect from coach Ernst Middendorp’s charges.

Radebe went as far as to say it might even be doubtful that Chiefs can beat the 10-month-old First Division side.

“Based on their performance‚ it’s even doubtful‚ because to be honest they haven’t really performed convincingly throughout the season and that’s why they finished outside the top eight‚” Radebe admitted.

Chiefs head into this clash on the back of just one win in their last seven across all competitions.

The victory they managed was against Chippa United‚ whom they beat 4-2 in the semifinals of this competition.

The other results were three league defeats and three draws‚ which led to them finishing outside the top eight in the Absa Premiership‚ in ninth.

'We will be crowned champions' - TS Galaxy midfielder

“It’s hard‚ but the one thing that could inspire them [going forward] is to at least finish the season with silverware and salvage some of the dignity‚” Radebe said.

Radebe added that the fact that Chiefs have gone four seasons without a trophy means the management has to act and ascertain the best way forward.

“I think with big clubs as well‚ once they hit that decline it hits them hard‚ because this is a club of high expectations.

“It’s sad to see that such a big club can suffer like this. I mean‚ four years without any silverware – it’s their worst run ever.

“Actually‚ the challenge is to win back the [Chiefs] faithful. It’s going to be hard for those individuals that are playing for the club to bring back those glory days.

“For me‚ it’s for the club to sit back and analyse the situation and look to see where things are going wrong‚ whether it’s in the management. Look upstairs‚” Radebe concluded.

Willard Katsande provides the fire in Kaizer Chiefs’ engine room‚ and the combative midfielder has seemed intent on fighting talk to stoke Amakhosi’s ...
Sport
3 years ago

You can expect a fearless TS Galaxy when they take on Kaizer Chiefs in the Nedbank Cup final at Moses Mabhida Stadium tomorrow night (7pm).
Sport
3 years ago
Next Article