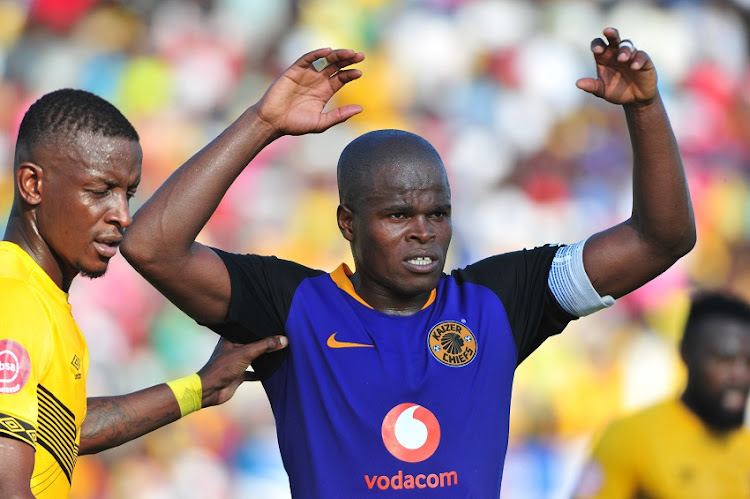 The nuggety‚ tough-tackling Zimbawean who never holds back on a full throttle performance was revved up as Chiefs go in search of a cup to prevent a devastating‚ unprecedented fourth season without a trophy.

Katsande pointed out that young National First Division (NFD) campaigners Galaxy – former agent Tim Sukazi’s 10-month-old team from Mpumalanga – will be a ball of excitement in the final.

He said Chiefs need to keep cool heads‚ and have one objective – to do the business – at Moses Mabhida Stadium on Saturday (kickoff 7pm).

“We need to remove the darkness of the trophy drought by winning one trophy‚” Katsande said.

“And we know that it’s going to be difficult. We are not even underestimating them.

“We want to finish the game in 90 minutes. But we know that Galaxy are a good team. They play good football.

“That’s what we want. Our eyes are on the prize‚ and we know how it is to be in a cup final.

“Galaxy are going to be excited to be in a cup final. So they’re going to try to make all the millions in South Africa happy by knocking the ball around.

“To say it’s going to be easy – I would be lying to you. We need to sweat. We need to run more‚ to achieve our goal‚ which is winning the trophy.

“And we know they are kids and they are excited to be in the cup final. They have been doing well in their league.

“But‚ when it comes to Saturday‚ we are business people. We are going to do business.

“Whether you like it or not‚ there is no excuse – we are going to do business.

Galaxy‚ who ended their first season of existence in a creditable eighth place in the NFD‚ would make history as the first team from the second-tier to lift the Nedbank Cup should they pull off a stunning upset in the sold-out final.

Chiefs have not won a trophy since their league and cup double in 2014-15 under Stuart Baxter.

They have been in form in the Nedbank‚ dispatching of Cape Town City 2-0 in the quarterfinals and Chippa United 4-2 in the semis with inspired performances.

But Amakhosi go into the final on the back of four matches without a win since beating Chippa in the cup‚ and a run of seven defeats overall in the league that saw Amakhosi end a demoralising ninth in the Absa Premiership this past weekend.