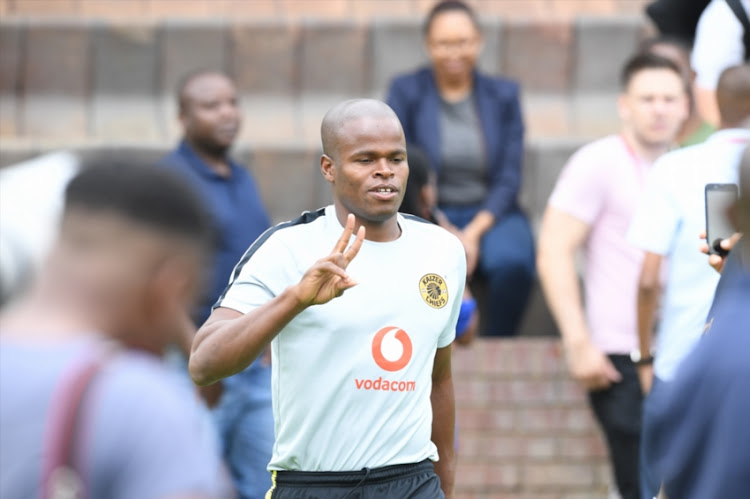 With at least five key SuperSport United players crippled by an assortment of injuries‚ Kaizer Chiefs should be fancying their chances against a side they have failed to beat in two previous ties in different cup competitions.

Chiefs’ midfielder Willard Katsande has‚ however‚ warned his teammates not to underestimate the personnel that United coach Kaitano Tembo will deploy to fill the vacancies left by the injured Dean Furman‚ Bradley Grobler‚ Thabo Mnyamane‚ Evans Rusike and Fargie Lakay.

The two teams meet in the quarterfinals of the Telkom Knockout at Moses Mabhida Stadium in Durban on Sunday with Tembo’s team coming to this match boasting an overall eight-game unbeaten run against Amakhosi.

That record includes United dumping Chiefs out of the MTN 8 this season and knocking them out of the Nedbank Cup in the 2016/17 season.

United will be looking to complete their domestic cup run over Chiefs if they win again on Sunday‚ and Katsande has encouraged his teammates not read too much into the changes that will be made by Tembo in Durban.

“We are much aware of certain (United) players who will be missing but at the same time we don’t need to be more worried about the individuals‚” said Katsande.

“We should be more worried about the philosophy of SuperSport.

“We’ve been planning around their philosophy because you can remove one certain individual but the system stays the same.”

The Chiefs midfielder said the United players who will come in for their injured colleagues could be very dangerous as they will be looking to cement their own positions in the team.

“It will be a chance to somebody who will get an opportunity to showcase their talents‚” he said.

“So we just need to be worried more about their system than the individuals.

“We need to know how to counter-press them‚ and how to execute our game plan against them.”

The Zimbabwean also wants his teammates not to be intimidated by their recent poor record over Matsatsantsa.

"We all know that history says that we’ve not beaten them in eight matches but this is a new game with different ingredients‚" he said.

“We need to take responsibility on the field and try to play and do everything as a team.”

Chiefs have the best record in the history of this cup competition with 13 triumphs in the 17 cup finals since it was launched as the Datsun Challenge in 1982.