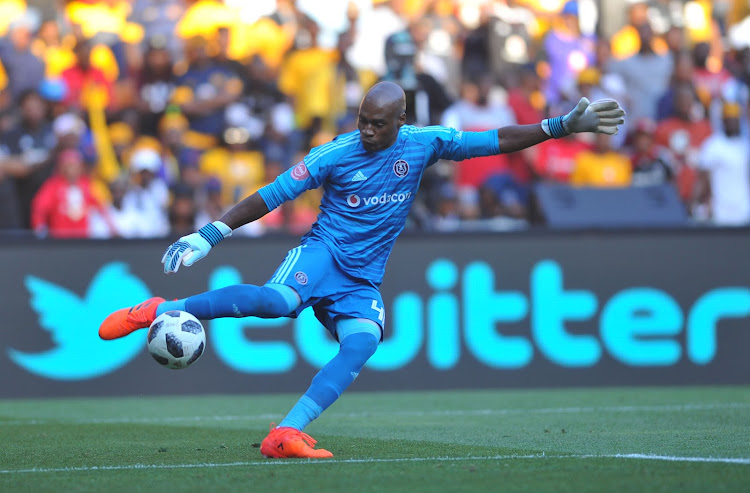 Siyabonga Mpontshane of Orlando Pirates during the Absa Premiership match between Orlando Pirates and Kaizer Chiefs on the 27 October 2018 at FNB Stadium, Soweto.
Image: Sydney Mahlangu/BackpagePix

Orlando Pirates coach Milutin Sredojevic has explained the decision to select goalkeeper Siyabonga Mpontshane ahead of Jackson Mabokgwane in the Soweto derby against Kaizer Chiefs on Saturday.

Eyebrows were raised when Sredojevic named Mpontshane in the starting 11 as Mabokgwane had kept goals in the two previous matches ahead of the derby.

But the Pirates coach defended the decision.

“Not featuring in the derby does not mean that there’s something wrong with Jackson.

"He is highly respected and will still have his chance‚” said Sredojevic.

“It’s just that in this game (derby) we felt that Mpontshane and his brilliant goalkeeping could give us more.”

It was assumed in the days leading up to the derby that Mabokgwane would play as he was the player who was given more chances to handle the build-up interviews.

He had also played when Pirates drew 0-0 in an away league match against AmaZulu and won 1-0 at home against Chippa United in the last 16 Telkom Knockout.

Sredojevic said due to some “deeply technical” reasons they felt that Mpontshane was more suited to the league game against Chiefs.

Pirates won the derby 2-1 with Mpontshane having made a mistake in Chiefs' opening goal scored by Khama Billiat.

“Jackso is a senior player and we don’t count him as an ordinary goalkeeper‚” explained Sredojevic.

“We count Jackson as a kind of an assistant coach having in mind his understanding of whatever we do.

“Mpontshane got injured ahead of the match against AmaZulu and Jackson came in and did very well in those matches.”

Sredojevic said with Brilliant Khuzwayo and Wayne Sandilands also in contention it was always going to be difficult to choose a number one goalkeeper at Pirates.

“Practically all four players were in the same line in the race to play in the derby but in the photo finish Mpontshane won‚” said the Bucs coach.

“Mpontshane won due to certain aspects that are deeply technical and unfortunately they did directly affect Jackson.”

Khuzwayo is yet to play in Bucs official matches after joining the club from rivals Chiefs in July.

Sandilands played in the opening league match against Highlands Park but the mistake he made in conceding Gladwin Shitolo’s own goal looked to have put him way back in the goalkeeping pecking order at Pirates.