Key TKO facts: Why Kaizer Chiefs must be sick of the sight of SuperSport United 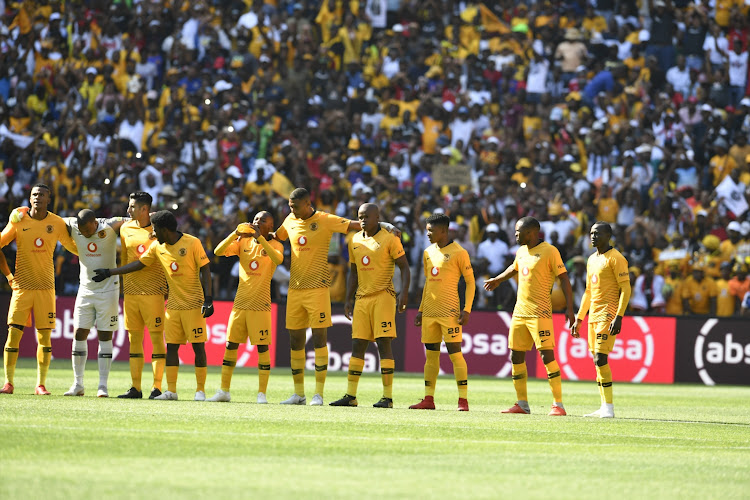 The Telkom Knockout returns to the domestic agenda this weekend with the quarterfinals set to be staged‚ three of them in the KwaZulu-Natal province.

SowetanLIVE picks out 10 talking points from the four games as the Soweto giants in particular seek some long overdue silverware.

Sundowns have never lost to Baroka FC‚ with the closest that the Limpopo side have come to a victory being a 2-2 draw in their maiden season in the Absa Premiership in 2016/17.

Sundowns have won both their previous visits to Limpopo‚ 1-0 and 2-1.

Sundowns have only managed to score more than one goal in a game on one occasion in their last 11 matches!

That was a 3-3 draw with AmaZulu in mid-September. Since then they have netted four goals in five games‚ two for Gaston Sirino‚ and one each for Hlompho Kekana and Lebohang Maboe.

Orlando Pirates are unbeaten in their last eight games in all competitions‚ their longest run without defeat in almost four years since they went 11 games unbeaten between December 2014 and March 2015.

Their last defeat was a 1-0 away loss at Bloemfontein Celtic on August 19‚ since when they have won five games and drawn three.

AmaZulu are unbeaten in their five games at home this season‚ which is why they were keen to play their Telkom Knockout quarterfinal at ‘fortress’ King Zwelithini Stadium before it was moved to the larger Moses Mabhida Stadium.

In fact‚ the last team to claim an away win over Usuthu were Pirates in a league game in April with a 2-1 success!

Pirates have reached the quarterfinals of the Telkom Knockout every season for the last 10 years and won eight of their ties at this stage.

Their only two ‘defeats’ came on penalties to eventual winners Celtic after a 3-3 draw in 2012 and another loss on penalties to Polokwane City after a 2-2 draw last year.

So technically both those matches were drawn. You have to go all the way back to 2006 for the last time they lost a quarterfinal match‚ going down 1-0 to Santos.

Bidvest Wits have been dominant against Maritzburg United down the years‚ losing only three of their 23 clashes in all competitions.

The last time they were defeated in KwaZulu-Natal was all the way back in 2009‚ which remains their only away defeat.

They have already been to the Harry Gwala Stadium for a league clash this season and came away with a 0-0 draw.

Surprisingly‚ this will be the first ever cup meetings between these teams in any competition!

Maritzburg have a fairly dismal record in the Telkom Knockout‚ having only been past the quarterfinal stage once in 12 years of trying.

That was in 2010 when they defeated Celtic and Sundowns‚ before losing 3-0 to Pirates in the Last 4.

They also made the quarterfinals in 2012 and 2015‚ but lost to SuperSport United and Pirates respectively.

Chiefs will be sick of the sight of SuperSport having already been knocked out of the MTN8 by Matsatsantsa this season.

In fact‚ Chiefs have not won any of their last eight games against the Pretoria-based side‚ and in that run have also been dumped out of the Nedbank Cup.

SuperSport could complete their hat-trick of domestic cup competition wins over Chiefs if they oust them from the Telkom Knockout too.

The last 20 meetings between Chiefs and SuperSport at the home ground of the AmaKhosi have resulted in 10 wins for Matsatsantsa and just seven for Chiefs‚ with three matches drawn.

In fact‚ SuperSport have a better away record against Chiefs than when they host the Naturena side! That includes wins in each of their last three away visits to the AmaKhosi.

SuperSport and Chiefs have met a lot in cup matches over the last few years‚ but you have to go all the way back to 2007 for their last clash in the Telkom Knockout‚ which resulted in a 1-0 Chiefs success thanks to a goal from Siphiwe Tshabalala.

Chiefs also won in the final in Bloemfontein in 2004‚ and their only other clash in this competition was 22 years ago in 1996 when SuperSport triumphed 2-1 after extra-time as former AmaKhosi striker Marc Batchelor netted twice.