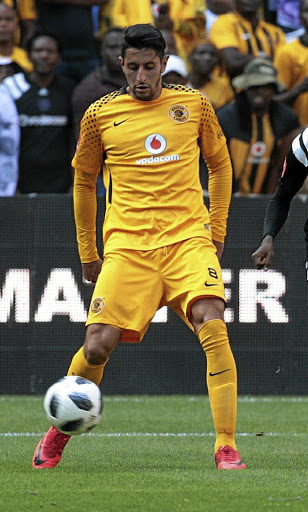 Leonardo Castro of Kaizer Chiefs made a surprise return in the Soweto derby after a lengthy injury.
Image: Veli Nhlapo

The Soweto Derby result is perhaps an indication that Kaizer Chiefs should not have high expectations in the league race but should rather return to their old strategy of focusing on cup competitions.

For the second time in 2018, Amakhosi were comprehensively beaten in the derby, seeing them give up a lead to lose 2-1 to Orlando Pirates at the weekend.

They were thrashed 3-1 by their arch rivals back in March.

Giovanni Solinas has only been in charge of the Glamour Boys for three months while their rivals are miles ahead in terms of preparation.

In the Premiership race, Amakhosi are up against the likes of Pirates and Mamelodi Sundowns, who have rebuilt their teams over some time.

That they have not won the derby since 2014 shows that the problem at Amakhosi is bigger than just blaming it on Solinas.

The team is better off going after low-hanging fruit such as the Telkom Knockout Cup coming up this weekend.

Chiefs will face SuperSport United in the quarterfinal of the TKO cup at home on Sunday.

Against Matsatsantsa a Pitori, the team will look to players like Leonardo Castro to help them progress to the semifinals.

Castro made a surprise return in the Soweto Derby after a lengthy injury lay-off. He has a good understanding with star striker Khama Billiat from their days at Mamelodi Sundowns.

Solinas will have confidence he can guide Chiefs to the final after he fell short against a weaker side, Free State Stars, whom he took to the semifinal of the competition in 2016.

The last time Chiefs won a cup competition was in 2014/15 when they clinched the MTN8 title. This was coincidentally the same year they won the league title.