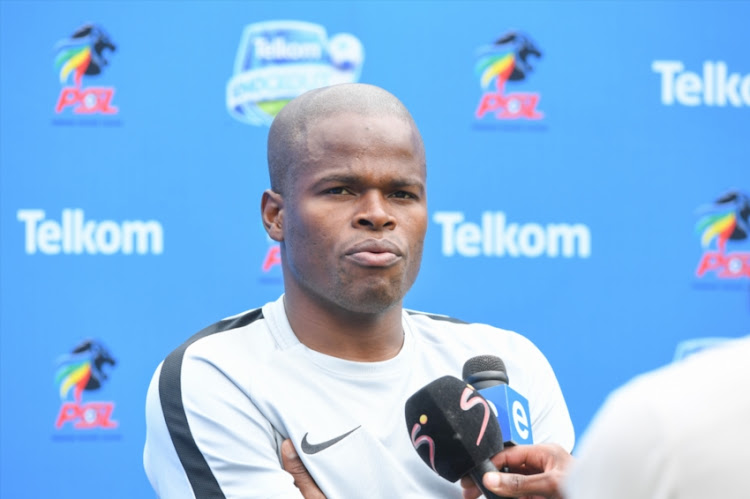 Kaizer Chiefs midfield kingpin Willard Katsande has urged his teammates to put the pain of losing to Orlando Pirates behind them and focus on recovering in time for the club's next assignment.

Chiefs host perennial tormentors SuperSport United in the quarterfinals of the Telkom TKO at Moses Mabhida Stadium on Saturday and Katsande said they should rather focus on finding a way past a club they have failed to beat in the last eight competitive matches.

“Based on my own experience‚ my first game at Chiefs was against Pirates and it was an important game which was an MTN 8 final (won by Pirates in August 2011)‚” the Zimbabwean said on Wednesday.

“I always share my derby experience with my teammates and tell them it’s worth taking what could be a painful lesson because it’s going to help pick up you up in the next derby.

“The first time (in the derby) is always difficult.

"So I always tell them that it wasn’t easy for me.”

Katsande said the criticism that they get when they have a bad game in a derby can be good in building one’s character at Chiefs.

“You’ll have courage to stay in the game but if you listen more to negative comments you will be gone for good.

“You keep on working as long as your teammates stand by you.

"I think that’s the most important thing.”

The midfielder also brought the influence of social media in their game these days into sharp focus‚ saying it can also be used by players to strengthen their character.

“Social media (users) are the bosses of the game‚" he said.

"They are the ones who made us who we are today.

“So you can’t answer them when they criticise you.

"You just take the criticism in a positive way. It will build your character.

“It’s also important to know that when you are at Kaizer Chiefs you are in a different platform whereby they need you to perform.

“You need to forget about yesterday and focus on the here and now.”

Katsande also dismissed suggestions that when the opposition has managed to keep him quiet‚ half of their job of beating Chiefs is done.

“I don’t believe those who are saying this because me I’m just a ball winner in the midfield and I give the ball to those who know how to use it.

“So you can’t say you need to neutralise Katsande to win against Chiefs.

“That will be unfair to say and will be disrespectful to my teammates.”