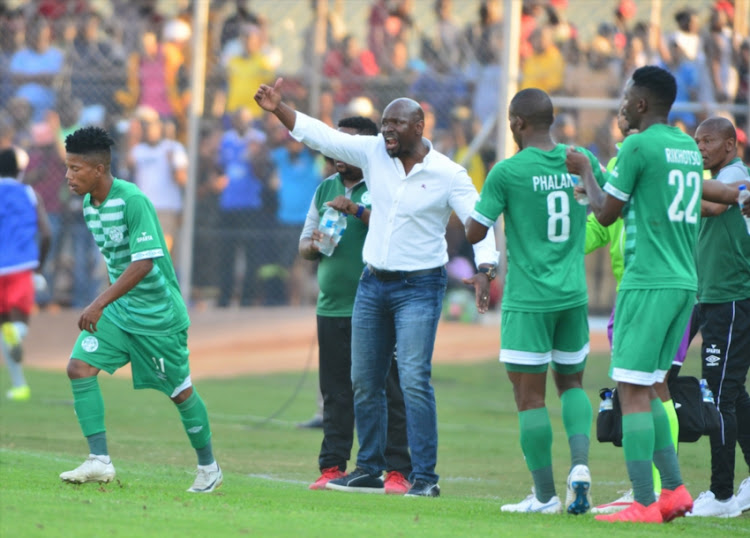 A point for Bloemfontein Celtic at home to ailing Maritzburg United will represent the best ever start for Phunya Sele Sele to an Absa Premiership season as the club’s remarkable turnaround under coach Steve Komphela continues.

And midfielder Lantshane Phalane‚ who has played every minute of the campaign to date‚ says a change in attitude from the players has had a big role to play in their improved fortunes‚ even as the club are shrouded in off-field problems as they seek new buyers.

“We believe in one another and we trust one another‚ that has been a big difference this season‚” Phalane tells SowetanLIVE.

“We are trying to forget what is happening outside the team‚ we want to focus on helping ourselves and our careers by performing on the pitch.

“Coach Steve has been a big influence on us‚ we needed someone of his calibre to come in with the right tactical plan‚ but he has also brought a confidence to the squad.

"We play with a smile on our faces now. He has made us believe in ourselves. We are having fun again.”

Celtic have performed superbly‚ including a home win over Orlando Pirates and an away draw with Kaizer Chiefs‚ when they came from two goals down to secure a point against Komphela’s former side.

They have managed 13 points from a possible 15 this season‚ the best points-per-game ratio of any team in the league‚ and have also kept clean-sheets in four of their five matches.

“If you look at the points and the number of games‚ then Celtic is the best team in the league and at the moment we believe that.

"We are that confident. It is not arrogance‚ but the results this season have shown us that we can play well and win games.”

Celtic’s points tally so far matches that of their equally impressive start in the 2007/08 season under the stewardship of Khabo Zondo‚ though their sixth game that year ended in a 3-0 loss at Orlando Pirates and the team eventually finished 11th in the league.

By the end of the campaign Zondo had been replaced by co-coaches Tony de Nobrega and Jimmy Augousti‚ with the latter proving a hands-on owner.

When quizzed about his own good form‚ Phalane says it is not about individuals at Celtic.

“I would not like to say I am on form‚ but rather that Celtic in on form. That is how we look at it‚ it is not about this player or that player. We are a team that wears green and white‚ and that is all that matters. We play for the badge.”